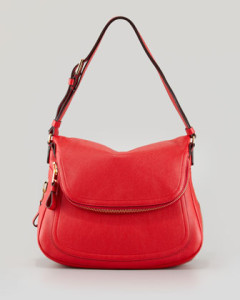 I don’t know exactly what happened to Oprah Winfrey in the Swiss high-end boutique that allegedly refused to let her look at a $38,100 purse because it was expensive and she could not afford it. The saga turned into an accusation of racism from Oprah’s perspective, and a “she said, we said” from the shop owner’s side.

I do know, based on my frequent travels that most Europeans do not engage in acts of racism; they are elitist socialists embracing multiculturalism to the point of self-destruction.

EU has opened its borders to people from 27 different countries and to a massive exodus from North Africa and the Middle East. They have opened the floodgates of socialist welfare and nationalized medicine to anybody who set foot in Europe, no questions asked, allowing them to set up ghettoes of the countries they’ve fled.

Elitist Europeans do consider themselves superior educationally to Americans and see us as tennis shoe wearing loud idiots who do not understand the fashionable refinement of squeezing our feet in shoes that were only meant for torture and of starving ourselves because food is too expensive to consume. Europeans consider fatness a sign of stupidity and laziness.

The French, dressed in their Sunday best, sip wine and smoke at street side cafes, watching sneaker wearing American tourists with contempt, jealous that they cannot afford to be tourists in America as frequently as Americans are tourists in France.

Most boutiques, including high-end ones, allow customers in by appointment only or are buzzed in if they are thin enough and fashionably dressed enough. Anybody size 8 or larger cannot find clothes in their shops anyway and are considered fat.

I saw a shop in northern Italy dedicated to large women called “La Grassa” (The Fat). It was remarkably crass since most northern Italian women were petite, size 0-4, and looked like they’ve been poured into their black pants, walking fast in stilettoes among cobbled stones.

There is a certain look that a customer in an expensive shop must have, gaunt, skeletal, pale, and dressed in the most expensive clothes money can buy or deliberate rags if he/she is a celebrity. Shopkeepers are paid in commission and they know how to profile and pamper a prospective buyer.

Boutiques often do not allow shoppers to try on clothes since they are afraid the items might be soiled by a person’s body odor. Likewise, touching a very expensive purse would be out of the question for most customers, to protect it from damage. Race does not play a role. Owners know how to appease and please even the most spoiled and demanding among the very rich.

Europeans are very protective of their personal possessions. For example, Germans would be offended and shocked if a person would ask to borrow their clothes or jewelry to wear for a special occasion. That is a cultural faux pas.

Shop owners and their employees are generally not very patient, courteous, and polite as many sales associates are in the U.S. They do not allow customers ample time to choose items for a purchase. They will often walk away if an American takes more than a few minutes to decide if they will buy something or not.

Furthermore, sales people assume Americans do not speak the language of that country, and make unkind judgmental comments about customers, brazenly in front of them, to nearby colleagues. They do it because they think Americans ignorant and monolingual. I have questioned crude remarks before, if I happened to speak that language, to let them know that it was inappropriate to take advantage of someone who may or may not understand.

European mass consumerism has never risen to the level that it has in the U.S. Sales happen only two times a year in a country like Germany and are highly regulated by the government. They do not want shops offering a sale to have an unfair competition over other shops that do not.

I cannot remember how many times my mother and I were profiled in shops in this country in the 80s when there were few foreigners in the town where we lived. We were followed closely as if we were criminals ready to pounce on their merchandise, while natives were actually stealing from them. One small shop owner actually told us to leave because he did not want our business. It was his business, it was his choice, and I never thought him to be racist or discriminatory in any way. There were plenty other places where we could spend our money.
Abercrombie and Fitch profiles, they want their clothes on “skinny people who are sexy.” They don’t make larger sizes because they don’t want their clothes on fat people. It is their choice. http://fox4kc.com/2013/05/10/abercrombie-fitch-fat-ugly-people-shouldnt-buy-our-clothes/
Clubs of all sorts profile. They have the right to choose who they admit to their membership roster. HOAs profile and choose and pick who they allow to purchase an apartment in their co-ops, even among the very rich. There is a certain pedigree required.

To see profiling in action, walk into a high-end department store in this country, and you will experience the same treatment. And it has nothing to do with race. The women are paid salaries and commissions and have learned to profile your body size, the clothes you wear, the purse you carry, the shoes, the hair cut, the makeup, the jewelry, and, based on such profiling, you may find yourself totally ignored, looked at with contempt, or you may be lavished with fawning attention.

6 thoughts on “Are You Thin Enough or Fashionable Enough for a Boutique?”