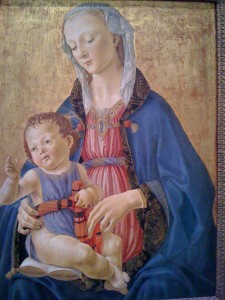 From Pope Pius XII, the much beloved, anti-communist and anti-Nazi Pope, to the current overtly socialist Pope Francis, the 266th pontiff of the Catholic Church, the church has undergone a lot of changes.

In his recently penned 224-page document, The Joy of the Gospel (Evangelii Gaudium), Pope Francis criticized the following.
– The current capitalist inequalities
(Were socialism and communism ever equal, inclusive, kind to the people, and fair? No, there were two classes, the haves, composed of communist party apparatchiks and the have-nots, composed of the proletariat.)
– “The idolatry of money”
(Who pays for the salaries of priests and the maintenance of the churches around the world for its 1.5 billion Catholics? The Holy See is quite flush with cash and wealthy beyond belief if you consider thousands of priceless works of art, marble statues, gold and silver icons, urns, crucifixes, chalices, and marble cathedrals around the world. Should they not follow their own direction and distribute all this vast wealth to the poor?)
– “The inequality that spawns violence”
(Were violence and wars around the world borne by economic inequality or were there other reasons such as religion, land disputes, drug cartels, plundering, and natural resources such as oil, gold, coal, diamonds, silver, and power and control conquests?)
– “Trickle-down economics” as a theory that “expresses a crude and naïve trust in the goodness of those wielding economic power.”

The Washington Post immediately included the papal criticism in its editorial and pointed out that Democrats and liberals have rejected the “trickle-down economics” theory and used the phrase derisively to define it. http://www.washingtonpost.com/business/economy/pope-francis-denounces-trickle-down-economic-theories-in-critique-of-inequality/2013/11/26/e17ffe4e-56b6-11e3-8304-caf30787c0a9_story.html

“The phrase has often been used derisively to describe a popular version of conservative economic philosophy that argues that allowing the wealthy to run their businesses unencumbered by regulation or taxation bears economic benefits that lead to more jobs and income for the rest of society. Liberals and Democratic officials have rejected the theory, saying it is contradicted by economic evidence.”

As a matter of fact, “trickle-down theories which assume that economic growth, encouraged by a free market, will inevitably succeed in bringing about greater justice and inclusiveness in the world,” have been proven correct.

There is a good reason why the United States citizens have done so well economically as opposed to centralized, socialist, and communist countries where indescribable poverty is rampant while the ruling, tyrannical elite live luxuriously at the expense of the masses. Even the poorest of the poor in the United States live far better than the rest of the world because capitalism works.

The Latin American Pope from Buenos Aires lamented that the masses are still waiting for “social justice.” United States is one of the first countries in the world to donate and help the poor and others when tragedy strikes and Americans give generously of their wealth, time, and expertise. “Social justice” is an entirely different manufactured creature.

According to Gen. Pacepa, the Soviet communist-led idea of “social justice” was infiltrated successfully by the KGB into Latin America’s Catholic Church as a religious movement called “liberation theology.” The goal was to “incite Latin America’s poor to rebel against the ‘institutionalized violence of poverty’ generated by the United States.” (Gen. Ion Mihai Pacepa, Disinformation, Washington, D. C., WND Books, Inc., 2013, chapter 15, p. 106)

Robert Spencer wrote an article around the Pope’s statement that “Authentic Islam and the proper reading of the Koran are opposed to every form of violence.”

The following is an excerpt from paragraph 253 of the papal document: …“We Christians should embrace with affection and respect Muslim immigrants to our countries in the same way that we hope and ask to be received and respected in countries of Islamic tradition. I ask and I humbly entreat those countries to grant Christians freedom to worship and to practice their faith, in light of the freedom which followers of Islam enjoy in Western countries! Faced with disconcerting episodes of violent fundamentalism, our respect for true followers of Islam should lead us to avoid hateful generalisations, for authentic Islam and the proper reading of the Koran are opposed to every form of violence.” http://www.vatican.va/holy_father/francesco/apost_exhortations/documents/papa-francesco_esortazione-ap_20131124_evangelii-gaudium_en.pdf

The Christian victims of jihad violence in Egypt, Libya, Nigeria, Pakistan, and Syria carried out daily by Muslims who use the Koran to explain the burning of churches and the killing of innocents certainly contradict his Holiness.

Based on prior history, we know neither appeasement nor reverse psychology works; on the contrary, appeasement creates war and more violence.

Robert Spencer explained that “The Bishop of Rome, by virtue of his position as successor of St. Peter, can, according to Catholic teaching, speak authoritatively about Catholic doctrine: he has the authority to delineate what is authentic Catholicism. This, however, is a statement about “authentic Islam.” It would be interesting to know how he came to this conclusion, since the Pope of Rome has no counterpart within the Islamic world: there is no Muslim authority to which he can appeal in order to discover what ‘authentic Islam’ consists of, and many Muslim authorities would disagree with his statement that ‘authentic Islam’ is opposed to every form of violence.” http://www.jihadwatch.org/2013/11/pope-francis-authentic-islam-and-the-proper-reading-of-the-koran-are-opposed-to-every-form-of-violen.html

The Washington Post writer Reza Aslan stated in his November 30, 2013 column on faith, “If you don’t like the Pope, you won’t care much for Jesus.” That is because Jesus, he said, “is advocating a chilling new reality in which the rich will be made poor, the strong will become weak, and the powerful will be displaced by the powerless.” Following this redistributive logic, sloth should be rewarded while enterprise punished.

Pope Pius XII, the anti-communist and anti-Nazi Pope, saved many Jews and ethnic groups from pogroms. He was the voice of the Catholic Church to protest against Hitler’s attack on the Jews, the Polish people, and on the prisoners in the concentration camps.

He even used Castel Gandolfo, the Pope’s summer home, to shelter thousands of refugees. In fact, “his personal bedroom was converted into a nursery and birthing area, and about forty babies were born there during the war.” The World Jewish Congress estimated that 860,000 Jews were saved by the Catholic Church and the work of Pope Pius XII. (Gen. Ion Mihai Pacepa, Disinformation, Washington, D.C., WND Books, Inc., 2013, p. 66, as quoted from the testimony of P. Guglielmo Hentrich before the Ecclesiastical Tribunal of Rome)

Would the current Pope Francis succeed in “nudging” the Catholic Church into the direction of Latin America’s brand of “social justice” complete with wealth redistribution?

2 thoughts on “Appeasement and Redistribution of Wealth”