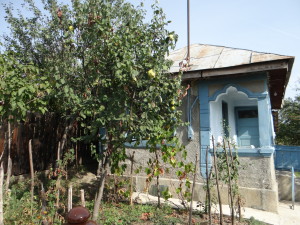 In the fall of 2012 I was on a mission to see my Dad’s last three surviving siblings, two sisters and a brother. I wanted to visit uncle Ion, my Dad’s youngest brother, first. Had my Dad lived to a ripe old age, he would have probably looked very much like his sibling. When they were kids, Dad helped raise Ion and was his role model, especially after Grandma Elisabeta became a widow with eight kids at such a young age.
Ion turned 78 in 2013 and lived in Grandma Elisabeta’s house in Popesti, not far from the bustling city of Ploiesti, the center of the oil industry during the communist regime.
I drove the rented VW-Jetta through the sloping hills, dangerously close at times to the narrow ledge that separated the road from the deep ravines. The asphalt made it a quick and smooth journey unlike the long and bumpy ride of my childhood in the rickety communist bus that ran only twice a day, carrying a few workers back and forth to the village from their factory jobs and the occasional visitor to the city who needed medical attention. The Diesel engine fumes choked us through the open windows or the cracks through the doors. I could see the ground running along the route through the small rust holes on the floor board. The commies did not care that we rode like rodents in a rusty tin can. They had fancy and shiny Russian made Volgas with state paid chauffeurs.
We were thrown all over the bus every time it hit a pot hole and there were quite a few. Deep ruts cut during a heavy downpour by big rigs dried into uncomfortable and hard to navigate jarring tracks. When the road was muddy, the deep ruts made by previous vehicles stalled the bus. The men got out and pushed until the wheels stopped spinning and the bus got traction again. Nobody cared that they were caked in mud; they were already dirty from their factory jobs. I always felt bad for them. At least in the drab grey apartments in the city we had a tub and a sewer system. Even if the water was not running or was cold, we could carry buckets from other streets or we could heat it on the stove as long as the natural gas had not been turned off. We felt like royalty because we could bathe once a week. The poor villagers had to carry water from wells far away. It was thus precious, used for cooking and drinking. People went to bed dirty and got up the next day and dressed in the same clothes. It was hard work doing laundry by hand at the river.

I drove by the stream where we bathed in summertime and washed our clothes. Nothing seemed to have changed that much. The landscape is easily recognizable – I can almost see myself running through the tall weeds followed by my cousins, racing to be the first one in the cold water. A couple more hills and I arrived in the center where the bus stop used to be. It’s still there, clearly marked by a shiny painted sign. Across the road, the small state-run store that sold mostly alcohol, sugar, flour, corn meal, and a type of dried up pretzels called “covrigi” is gone, replaced by a new building with a modern façade, large windows, and a neon sign. It was so frivolous and verboten to have large windows during the dark and energy-starved era of Ceausescu’s tyrannical communism. I stopped and peered inside. Neon lights, ads on a flat screen TV, a large freezer and a refrigerator held any imaginable item a convenience store would have and some. To my surprise, cousin Gigi owned the store. Still a relatively young man, his entrepreneurship paid off in the free market system. Remnants of the old communist system remained in the bribery and the overt political corruption. Gigi sold t-shirts, rented DVDs, meats, fish, cheese, dairy, candy, oil, wine, pastries, canned goods, and other foods that villagers could only dream of once. Abundance was here within their grasp. The second floor held a cozy restaurant/bar that served local dishes and beer.
Homes looked larger, more substantial, better maintained, with a car parked up front and intricate wrought-iron fencing; yet most still did not have running water. What was the point in having a bathroom with a tub if there was no sewer system or a septic tank?
Some houses looked shuttered, the owners gone somewhere in the European Union working hard for a year to bring home euros, save them, buy a car, pay for a wedding, buy a few pigs, cows, goats, or add another floor to the villa. 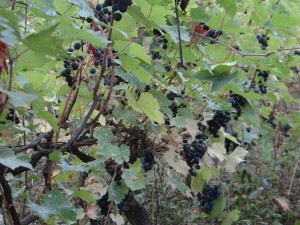