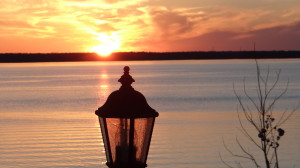 I am not sure who coined the term “climate change industry” but it is an apt description of the snake oil salesmen who have become billionaires on the unfounded fear of debunked global warming and of climate change based on manufactured consensus science.
The climate has been changing for millennia in cyclical periods dominated by either unusually cold or unusually hot temperatures. It is convenient to the promoters of the climate change industry to deliberately confound weather events with climate.
Having declared that the “science is settled,” the global warming scaremongering environmentalists are moving on to the next target of limiting our property rights and freedoms via taxation. Case in point, the Washington Post reported that the “U.S. Forest Service wants to charge $1,500 to take photos on federal wild lands.” https://www.washingtonpost.com/blogs/govbeat/wp/2014/24/us-forest-service-wants-to-charge-1500-to-take-photos-on-federal-wild-lands/
U.S. Senator Ron Wyden stated that “The Forest Service needs to rethink any policy that subjects noncommercial photographs and recordings to a burdensome permitting process for something as simple as taking a picture with a cell phone. Especially where reporters and bloggers are concerned, this policy raises troubling questions about inappropriate government limits on activity clearly protected by the First Amendment.” http://www.oregonlive.com/environment/index.ssf/2014/09/forest_service_says_media_need.html
The “climate change industry” is admitting through a Freudian slip that their agenda of climate change is “disrupting national economies, costing us dearly today and even more tomorrow.” OK, they were referring to the fact that global warming/climate change is affecting our lives. Of course climate has been changing and we are in a cooling period now but truth cannot impede the liberal political advocates’ agenda of taxing rich countries more, spreading the wealth, and destroying our economy in the name of protecting Mother Earth.
The “climate change industry” has managed to transform a natural phenomenon of climate change into a global disaster that needs to be addressed by bureaucrats through taxation and through weather modification spraying of chemicals into the atmosphere. This spraying of chemicals (chemtrails) is really affecting the weather and the growing season for agriculture, reducing yield.
Electricity costs are going up, smart meters that catch on fire have been installed everywhere in order to control people’s energy consumption and in-home ambient temperature, and many electricity generation plants are scheduled to be closed due to EPA regulations passed under the guise of climate change. The government’s all-out assault to redress climate change through regulatory and financial control is having a serious impact on our economy, the coal industry, the oil industry, and on everybody’s lives.
The “climate change industry” has become such a religion of environmentalism gone berserk that they are now trying to ban farming.
Because the Commonwealth of Virginia passed a law in 2014, also known as the Boneta Bill, named after activist farmer Martha Boneta, a law meant to protect small farming but highly opposed by conservationist activists and environmental NGOs, a “land war” is taking place in the historic York County. According to Watchdog.org, “more than 130 Dandy residents have signed a petition asking the Board of Supervisors to ban commercial farming.”
The “land war” started with a court challenge by Anthony Bavuso, a local oysterman, who is of the opinion that York County cannot require him to purchase a special use permit for his oyster-farming operation at York Point.
York County Attorney James Bennett believes that local officials can obstruct the law, “asserting that the county of 66,000 people could cite lot sizes and other considerations to quash farming activities.” www.watchdog.org/170548/county-farming-ban/
Martha Boneta told watchdog.org that “Property rights and freedom are inseparable, and I am heartbroken that family farmers may no longer be able to engage in farming on their land.”
Joel Salatin, a farmer and farming rights advocate, said, “I think we have too many people trying to tell other people what to do.” That is exactly the intent of the environmentalist/property rights control agenda.