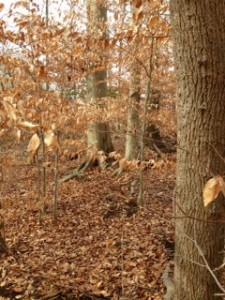 Mark Musser describes how “God granted Adam and Eve a substantial amount of autonomy over the natural world.” Some environmentalists believe that this Biblical command is one of the reasons why the planet is in ecological distress, coupled with the population explosion, the industrial revolution, the unrestrained pollution, our obscene wealth, and western living standards. (Musser, R. Mark, Nazi Oaks, pp. 10-11)

Musser explores in his book the philosophical and practical roots of environmentalism and its potential connection to the modern version of the Green movement.

Environmental bureaucratic regulations and taxation will force humanity to make such personal sacrifices that there will be no personal behavior left that will not be regulated in some way, including taking videos and pictures in our federal parks. The permit is $1,500 and the fine for non-compliance is $1,000. Would we eventually have to obtain permits from animals to photograph them? Would PETA represent them in a court of law?

According to Musser, the Protestant Reformation and the Enlightenment are responsible for the “utilitarian view of nature” which facilitated the Industrial Revolution and free market capitalism, the main culprits of ecological destruction as viewed by environmentalists. (Ibid, p. 13)

The predecessor of the infamous Rachel Carson, Aldo Leopold (1887-1948), is considered the father of “deep ecology.” Western man cannot rise above the circle of life; he must be “humble” with nature. Leopold promoted this view strongly after returning from Nazi Germany in 1935, the most nature-obsessed regime at the time, not unlike the current fixation with environmental pristine conditions, devoid of humans. His influence left a mark on environmental existentialism. Man should “think like a mountain,” just exist. The Judeo-Christian God could not rule over nature and the universe. (Ibid, p. 14)

Musser wonders if the “greens” could eventually turn into a “much darker shade of green” like the ancient nature worshippers who sacrificed thousands of human beings to appease the nature gods in exchange for good weather. (Ibid, p. 16)

Nazi leaders were concerned about the capitalist mechanization of farms because they saw it as a way to destroy the soil and the landscape of the Vaterland. The SS, the “greenest faction of National Socialism,” was the “green praetorian guard.” (Ibid, pp. 18-19)

The disturbingly anti-Semitic Nazis like Martin Heidegger (1889-1976) and Rudolf Hoess, who committed unspeakable atrocities, found solace in nature. Hoess rode his horse or walked through stables to chase away the demons and the pictures of horror. “This is precisely how the authentic natural men of Nazi Germany walked down the barbaric road to Auschwitz,” said Musser. (Ibid, p. 22)

Hitler was personally obsessed with wolves for their predatory lifestyle. A lot of elements in his life revolved around the wolf.

National Socialism fixation with nature and the environment bears a striking resemblance to modern environmentalism. The similarities between Nazi yesteryear and today’s environmental movement are “troubling,” said Musser. (p. 26)

The Nazis created corporate welfare between the state and big business, state sponsored corporatism, squeezing out the middle class as bourgeois, and forcing consumers into rationing in order to build the war machine. Hitler himself believed that Germans would run out of food and thus needed more Lebensraum, space to live. The Greens have adopted the Malthusian overpopulation theory (which was proven incorrect) when evaluating scarce natural resources such as land, forests, and water. Malthus “believed in long term population control measures, including birth control and economic protectionism.” (Ibid, p. 33)

The communist side of Hitler found it unjust that one group of people could have so much land compared to another, an affront to the “eternal justice of Nature.” (Ibid, p. 35)

In 1935 an environmental planning office was formed called “The Work of the Reich Office for Spatial Planning,” the first official social engineering of private property, the trademark of the modern conservationists today. Even Hitler’s four year economic plan was to be achieved by environmental friendly sustainable development measures. “The Nazi war machine was developed under the green hue of sustainable development,” said Musser. (Ibid, pp. 38-39)

Arthur Schopenhauer (1788-1860), a favorite philosopher of Hitler, discussed animal rights, blaming Judaism for the barbaric treatment of animals in Europe and in the West. “It might truly be said that men are the devils of this earth and animals the tortured souls.” (Ibid, p. 93)

It is no surprise that leading Nazis were vegetarians. (Ibid, p. 101)

Schopenhauer even accused Christians of treating animals with cruelty. “The morality of Christians has not consideration for animals.” (Schopenhauer, On the Basis of Morality, p. 178)

Then there were the “Volk” (villagers and farmers) adherents who believed in the simple life on the land, a return to nature. What stood in their way? It was their perennial foe, the Jewish people, because they owned businesses, banks, and ran the cities, all things threatening the ”volkisch” return to nature. (Musser, R. Mark, Nazi Oaks, p. 103)

German zoologist Ernst Haeckel wrote about the adulation of nature and introduced the “ecological cult worship.” Haeckel and his followers pushed racial eugenics in Germany. The German Monist League proposed several eugenic programs before World War I. It is no surprise that eugenic-environmentalism became the stepping stone to a natural world dictatorship. Haeckel even advocated the replacement of Christian humanities in school with a nature based curriculum. (Ibid, pp. 108-109)

“In the school of the future nature will be the chief object of study; man shall learn a correct view of the world he lives in, he will not be made to stand outside of and opposed to nature.” (Haeckel und Allmers, p. 363, quoted by Musser, Nazi Oaks, pp. 109-110)

Maryland passed a law, No Child Left Inside, advocating that every high school graduate must be a diligent and knowledgeable steward of the environment as a condition of graduation, even though math, science, and reading scores were lacking.

Modern German Greens have dropped racism from their environmental creed but Ernst Haeckel is still their mentor. Monists believed that all organisms, from the simplest to the most complex, including human beings, are similar and equal to each other because they are “blood brothers.” This explains the fixation of some of the modern environmentalists with legal representation of animals in a court of law.

In 1933 Hitler signed the Tierschutzrecht, the right (law) of animal protection. Schopenhauer had criticized animal cruelty and experimentation. He said, …”the animal is absolutely identical with us and that the difference lies merely in the accident, the intellect, not in the substance which is the will.” (p. 184)

Hitler hated hunting, the killing of innocent animals, but had no compunction in torturing and killing six million Jews. Even though there were no wolves left in Germany, Hitler placed them under protection. There were wolves in Poland and the neighboring countries. (p. 196)

But the love and appreciation of animals did not extend to humans. “Nature was king over man.” Himmler went a bit further and proclaimed in a 1942 speech that “Man is nothing special.” This dehumanization of man made possible the atrocities committed against the Jewish people. (p. 141)

Hitler believed that capitalism and communism were disobedient to nature and Jews were guilty of financing it and Christianity of spreading it. The “blood and soil” propaganda was used to promote moving back to the countryside, to preserve nature, and for environmental sustainability.

Musser describes the giant oak trees at the entrance to Auschwitz, the doors of the crematorium made of massive oak, Adolf Eichmann’s (Man of the Oak) placement in charge of the Holocaust, and the possible symbolism of pagan rites of sacrifice under the oak tree. (p. 144)

The oak became such a symbol of nationalism that Hitler directed that oak trees be planted all around the Reich. (p. 150)

Such was the respect for plants and animals that Himmler “established experimental organic farms,” including one located at the Dachau concentration camp where herbs were grown for SS medicines.

Dr. Todt, who built the German interstate system (Autobahnen), was careful to protect forests, rivers, and wetlands. The Autobahn was declared a “magnificent example of landscape design.” (p. 164 and p. 239)

Hitler was in love with his alpine retreat in Obersalzberg but somewhat embarrassed by the lavish and expensive Eagle’s Nest above the mountain landscape.

The Reich Conservation Agency legalized environmental and totalitarian social engineering. This is a model that socialist bureaucrats have used to set aside federal lands for preservation and conservation, lands that were not inhabited. However, regulating private property and turning it into state parks is another matter. (p. 209)

In common core education style, “knowledge” was replaced by “will” with a focus on life, vitality, and nature. (p. 233)

Hitler had grandiose plans to depopulate 30 million Slavs in order to make room for the Germans. The East was going to become Germany’s sustainable development mass project – transforming the Russian steppe into a German garden park through environmental planning. Human settlements would be surrounded by pristine areas. This sounds eerily familiar to Dr. Coffman’s Biodiversity Map. (pp. 259-260)

As Musser explains, “Environmental imperialism was one of the primary reasons why Nazi Germany decided to conquer the eastern territories,” an extension of the German “blood and soil” beyond Germany’s borders. (p. 263)
The planners were given carte blanche to “re-sculpt the eastern territories in their totality, even if it meant the suppression, exploitation, and extermination of the people who lived there.” (Wolschke-Buhlman, How Green Were the Nazis?, p. 247, quoted by Musser, R. Mark, Nazi Oaks, p. 268)
Hitler wanted to build wind mills all over Ukraine to supply its needs of electricity and to export only the wheat demanded. Colonizing the East would solve their overpopulation problem and his fear of running out of natural resources . He was sure that the “future belongs, surely, to water – to the wind and the tides.” What gave him the right to destroy so many millions of people, Jews, Russians, and Poles? They were not properly in synch with nature.

Walter Christaller, a former SS spatial planner, developed his Central Place Theory on regional and urban planning. His plan is considered by some the model for sustainable development and the Green movement today. Some environmentalists deny any connection between Nazism and going green. (p. 289 and p. 293)

How green were the Nazis? Probably as green and as controversial as our renewables are today.
© ILEANA JOHNSON 2014