Photo courtesy of Lazar Dinu
Colentina Hospital Patients 1989
A remarkable photograph taken by Lazar Dinu in 1989 shows patients from a hospital in Bucharest, overjoyed that the communist dictator was gone and they would be able to find drugs in pharmacies, doctors would treat them without bribes and would not kill them during simple surgeries, hospitals would be modernized and actually heal patients, and happiness would be restored. END_OF_DOCUMENT_TOKEN_TO_BE_REPLACED

On Christmas 1989, twenty-five years ago, the brutal communist dictatorship of Romania ended with the execution of the tyrant Nicolae Ceausescu and his wife Elena in front of a firing squad at Tirgoviste, following a brief trial. His reign of terror lasted 24 years (1965-1989). END_OF_DOCUMENT_TOKEN_TO_BE_REPLACED

Antikythera Mechanism, computer-generated front panel Photo: Wikipedia
The advanced computer age has conditioned us to take for granted all the electronic devices surrounding us that bring instantaneous access to our friends and family, and eliminates the need for the NSA to do any field work to find out everything they ever want to know about us. END_OF_DOCUMENT_TOKEN_TO_BE_REPLACED

Romanian hospital 2014
Photo courtesy: Digi24
Virginia is one of the few states in the nation who has taken the bold step to automatically enroll all Virginians covered by the traditional Medicare/Medicaid plan into a Humana managed health care plan. By managing elderly care (read rationing), money will be saved by denying needed medical tests, surgery, care, and physical therapy to elderly Americans who have paid into Medicare/Medicaid for decades. How else will millions of illegal aliens recently granted amnesty by executive action receive free ObamaCare? END_OF_DOCUMENT_TOKEN_TO_BE_REPLACED

The latest falling oil prices to $55.96 (West Texas Intermediate), dropping from a high of $105 per barrel in June 2014, as a result of increased domestic oil production from fracking, is making the price of $150 per barrel of renewables look ridiculously expensive, not counting the wasted government subsidies in bankrupt solar power companies. The green agenda, which has become a climate change industry, is very lucrative for wealthy climate alarmists and for the United Nations. END_OF_DOCUMENT_TOKEN_TO_BE_REPLACED

Thomas Nast 1881 illustration of Santa Claus
Photo credit: Wikipedia
The Christmas tradition of gift-giving is tied by many to the Wise Men who gave Jesus Frankincense, Gold, and Myrrh. Frankincense was a perfume used in Jewish rituals of worship. Gold was the symbol of Kings, and myrrh was a perfume used on dead bodies. END_OF_DOCUMENT_TOKEN_TO_BE_REPLACED 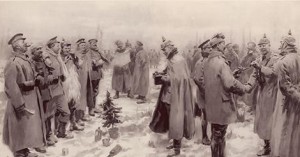 Christmas Truce 1914
Photo credit: Wikipedia
One hundred years ago, on Christmas Eve, in a muddy and cold place near Ploegsteert, on the WWI front between Belgium and France, surrounded by no-man’s land littered with barbed wire and dead bodies, German and Allied soldiers climbed from their trenches to celebrate Christmas in what became to be known as the Christmas Truce. END_OF_DOCUMENT_TOKEN_TO_BE_REPLACED

Journalism in this country, if it ever was completely honest and objective, has become in-your-face political journalism, to be more specific, Democrat Party agenda progressive journalism. Dr. Savage called it “narrative journalism.” END_OF_DOCUMENT_TOKEN_TO_BE_REPLACED 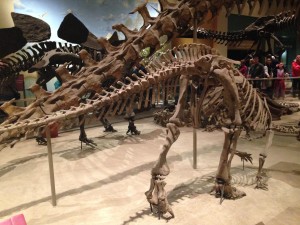 I always thought reading was a dying pastime. I saw it in my former students and the scant reading they objected to, always looking for a synthesized version written by someone who actually read the book, usually Cliff Notes. END_OF_DOCUMENT_TOKEN_TO_BE_REPLACED

The Article V Convention Forum: Solution or Pandora’s Box was organized by a coalition of conservative groups and met on December 8, 2014 in Falls Church, Virginia. The moderator and one of the organizers, Sevil Kalayci, discussed the necessity of such a meeting since most of the conservatives who oppose an “Article V Convention” have been shut out of the debate by other conservatives with the exception of Danville, Henrico, and Fair Lakes Tea Parties. “The Convention of states has divided the conservative movement,” she said. Kalayci asked, “How do you enforce the Constitution? How do you enforce the amendments?”
END_OF_DOCUMENT_TOKEN_TO_BE_REPLACED