Photo: Fairfax Free Citizen
The biggest conservative conference in the country featured on the first day many prominent figures and politicians who form the conservative movement in our country and influence such policies.
Dr. Ben Carson, the first speaker of the day, emphasized the need to reach minority voters, to return control of education to the local level by abolishing the federal Common Core standards, and the need to eliminate welfare dependency. “I’m not interested in getting rid of the safety net. I’m interested in getting rid of the dependency.” END_OF_DOCUMENT_TOKEN_TO_BE_REPLACED

The American Conservative Union will hold its annual conference, CPAC 2015, on February 25-28, at Gaylord Hotel in National Harbor, Maryland. END_OF_DOCUMENT_TOKEN_TO_BE_REPLACED

The Congressional Budget Office (CBO) projected that ten years after Obamacare will be fully implemented, more than 30 million Americans will still be without health insurance. Not to worry, there won’t be enough doctors to deliver proper care or much care at all if you do have insurance. And the dreaded Death Panel that Sarah Palin was disparaged over will also be in full operation.
The Independent Panel Advisory Board (IPAB) is Obamacare’s 15-member board of unelected, unaccountable to the public bureaucrats whose function is to make cuts in order to keep Medicare spending within certain parameters. These limits, starting in 2018, will consist of the rate of economic growth per capita plus one percentage point. END_OF_DOCUMENT_TOKEN_TO_BE_REPLACED 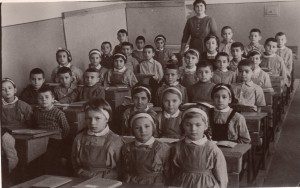 My second grade class, almost 50 years ago
I found a photograph of my second grade classroom with students in dark uniforms, mostly devoid of smiles, with sad and serious faces. It is a depressing moment in time that speaks volumes of the strict disciplinarian code enforced in communist schools.
Children had to stand when called upon to speak, or when asked a question. If they took notes, hands were busy writing. When asked to pay attention to the teacher, they had to keep their hands behind their backs in a very uncomfortable, back-numbing position, leaning against the wooden bench behind. If anybody entered the classroom, the entire student body had to stand and greet them according to rank. The word ‘comrade’ teacher or professor, followed by name, was required to be used at all times.
Modesty and protection of the honor of the classroom, of the school, of the communist party had to be a very important goal of learning. Nobody was allowed to use hateful and insulting language, to exhibit nationalism, superstition, religiousness, or mysticism. If anybody failed in the subject of school discipline, the entire student body was to rebuke that student and take a stance against the offender. Parents were called at school, reprimanded, and embarrassed in front of all the other parents present as inadequate members of the socialist society. END_OF_DOCUMENT_TOKEN_TO_BE_REPLACED

It is becoming increasingly difficult for Virginians to find doctors and secure appointments in a timely manner thanks to Obamacare. After a fierce battle, the bills meant to create state exchanges and to expand Medicaid have died in the House and in the Senate. However, Democrat Governor McAuliffe added Medicaid expansion to his budget amendment. The House removed that language from the budget. END_OF_DOCUMENT_TOKEN_TO_BE_REPLACED

Apartment blocks in Bucharest
Photo: Wikipedia
A blustery winter Hawk is blowing wind gusts of 60 mph and the temperatures are 15 degrees Fahrenheit below zero. It is not unusual, it is winter time, and the weather has alternated periods of extreme cold and unusual balmier temperatures. The global warmists, of course, are blaming it on man-made global warming. The climate change industry’s golden goose is laying larger and larger eggs to those who stand to gain from this false narrative. And of course, the biggest gainers are the United Nations and its third world corrupt members who demand ever more redistribution of wealth and destruction of capitalism. END_OF_DOCUMENT_TOKEN_TO_BE_REPLACED

The State House voted 79-36 on February 4, 2015 on HB490 introduced by Rep. Becky Currie. “The State of Mississippi and all political subdivisions thereof shall not adopt, nor implement, the creed, doctrine, principle or any tenet of the United States Rio Declaration on Environment and Development and the Statement of Principles of Sustainable Development known as ‘Agenda 21,’ adopted at the United Nations Conference on Environment and development, held from June 3-14, 1992, in Rio de Janeiro, Brazil, or any other international law contravening the Constitution of the United States or the Constitution of the State of Mississippi.” A companion Senate Bill, SB2809 has been introduced by Sen. Melanie Sojourner. Other states have proposed similar bills, Maine, Wyoming, Washington, Tennessee, and Missouri. http://overpassforamerica.com/?p=4820 END_OF_DOCUMENT_TOKEN_TO_BE_REPLACED

Puppet shop window in Florence, Italy
Photo: Wikipedia
While the country is busy blaming the measles outbreak at Disneyland on the official story line that it came from “overseas,” and the main stream media is pushing the agenda of vaccination, blaming the outbreak on the statistically insignificant number of Americans who refuse to vaccinate their children, the media is deliberately ignoring the elephant in the room, the illegal aliens bussed and flown in continuously since last year by this administration from countries where measles is endemic because of lack of vaccination and poor or non-existent healthcare. END_OF_DOCUMENT_TOKEN_TO_BE_REPLACED 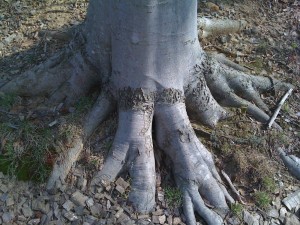 Photo: Ileana Johnson 2013
There comes a point in life when comfort is more important than looking good, when wrinkles don’t matter as long as the clothes are clean, and focusing on someone’s stained shirt is like a Rorschach test. After the age of 50 we’ve become those people we used to joke about in our ignorant youth—the sans-a-belt, stretchy Hagar-pants wearing old men and women with stretchy Wrangler jeans. We are a bit more sophisticated and fashionable in our elastic comfort, opting for Not-Your-Daughters-Jeans. END_OF_DOCUMENT_TOKEN_TO_BE_REPLACED