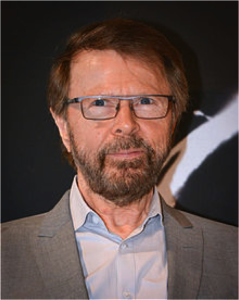 Bjorn Ulvaeus Photo: Wikipedia
Sweden seemed to be at the forefront of the newest globalist scheme digital money v. cash, advocating a cashless global economy with a one-world currency. A CBS World News article reported in 2012 that a small number of businesses in Sweden accepted only credit cards, including some churches, even though elderly people prefer cash, especially in rural areas. http://www.cbsnews.com/news/sweden-moving-towards-cashless-economy/
Bjorn Ulvaeus, a former rocker, stated that cash encourages theft, citing his own son who was the victim of armed robbery three times. Cheating and cash theft may have declined in Sweden but cybercrime around the world is indisputably on the rise. Even though Sweden was the first European country to introduce bank notes in 1661, Ulvaeus would like Sweden to phase out cash altogether.
Doug Casey gave an interview recently to Louis James of International Speculator on the “War on Cash.” Doug Casey described how governments would control the people’s finances through assaults on cash by making every financial transaction electronic. He presented the following historical timeline of efforts to control people’s money:
– Bank Secrecy Act of 1970 requiring U.S. citizens to “report the existence of any foreign bank or brokerage accounts,” a law which Americans ignored
– Money Laundering Control Act of 1986, forcing Americans to explain the source of their money as if it was a crime to move money around without government permission; in Casey’s opinion, “money laundering is an artificial, arbitrary, made-up crime”
– Patriot Act of 2001
– Foreign Account Tax Compliance Act of 2010 (FATCA), forcing foreign banks to “report Americans who had bank or brokerage accounts;” Casey explained that U.N.’s Organization for Economic Cooperation and Development (OECD) countries jumped at the opportunity to make FATCA a global issue https://www.lewrockwell.com/2016/03/doug-casey/one-edge-precipice/
Casey explained that many countries have already outlawed cash transactions over a certain amount (€1,000 in France, $5,000 in Uruguay, etc.); countries like Norway, Sweden, India, Denmark, and Israel have promoted the ban on cash entirely. Large corporations such as airlines use the excuse of theft to do away with cash transactions.
From the government’s perspective, banning cash under the guise of controlling “money laundering” of criminals and drug lords, and routing all of our income through the banking system helps them better control everything we do, freezing accounts at will, while taxation becomes much easier, including payment for Obamacare premiums and penalties for non-compliance. “It enables them to track everything you buy and sell, and effectively, everything you own,” added Casey.
Then there is the infamous “bail-in” in Cyprus when the government bureaucrats and Brussels’ EU technocrats helped themselves to people’s bank accounts in order to “save” the too-big-to-fail banks and the rapacious government.
And we should not forget the numerous quantitative easings (QEs), printing money with no backing of goods and services, the zero interest rate policy (ZIRP), and stock and real estate bubbles. And the negative interest rates are spreading around the world, the “war on savings,” as Casey explains it.
Because cash is freedom, the progressive MSM is attacking it with pathetic excuses that cash is “physically dirty, expensive, potentially criminal, and obsolete 19th century technology,” promoting the “war on cash.”
Some see the “war on cash” as another form of “population control” when people’s accounts will be raided if they are classified as potential domestic terrorists, or denied healthcare if they are marked with a “digital star.” Over 16,000 IRS employees and the Independent Payment Advisory Board (IPAB) of Obamacare will be impossible to stop; they are appointed, anonymous, and unaccountable to anyone.
The issues of a cashless society and of a one world-currency are many:

– Total control by the state or its proxy
– There are savings deriving from a cashless society in terms of special paper, printing, ink, labor, and metal alloys
– If an attack occurs on the Smart Grid and there is no power, there are no financial transactions possible without some cash, a substitute, or barter
– If there is a national disaster, earthquake, tsunami, hurricane, tornado, or power interruptions, transactions of goods and services will be made by cash, a substitute thereof, or barter
– An EMP attack or intense solar flares would make cash or a one world currency worthless, we would have to resort to barter or theft
– A cashless or one global currency could result in extraordinary powers given to banks, potentially, with no cap on interest rates
– Cashless transactions would be traceable at all times
– One world currency would eliminate exchange rates, currency trading in futures, eliminating a substantial sector of the job market and thus revenues
– There will be no black market involving cash or illegal activity, everyone would be forced to pay taxes
– Children under 18 would be excluded from holding credit cards and thus excluded from financial transactions if cash disappeared.
– Migrant and illegal workers would be paid electronically in a cashless society, forcing accountability in taxation and employment
– Prostitution would have to be legalized, taxed, and clients’ names become public record
– Muslims would no longer be able to use hawala transactions which are based on cash
– Conducting monetary policy, money stock, interest rates, and inflation would be altered in a cashless society
– In the case of one-world currency, who would conduct monetary policy, decide interest rates, the digital money stock, and taxation? Would it be the United Nations?
– Would society change dramatically because labor will be purchased with digital credit as opposed to cash? How would the one-world currency value be decided? Will it be tied to precious metals such as silver, gold, and platinum or will it be arbitrarily decided by the United Nations?
– In a time of war, how would one country destabilize the economy of another by dropping off counter fit currency over another country’s territory if the entire world uses the same currency?
– In the case of cyber-attacks and hacking, what would happen if all banks, companies, and institutions would be connected to a single grid of digital money
– What would happen to third world nations that are not so electronically wired and depend heavily on cash or barter? Could they be required to make transactions in digital money?
– Finally yet importantly, who would police the counter fitting of a one-world currency across the globe? http://canadafreepress.com/article/what-would-the-world-be-like-without-cash-or-with-one-currency

The idea of a digital money society or a one-world currency may capture sound bites on TV and the imagination of liberals, libertarians, and conservatives alike, especially when running for political office, but it opens a new Pandora’s box of ills that most countries are not yet equipped to resolve.

One thought on “Cash or Digital Money, Personal Freedom or Globalism”