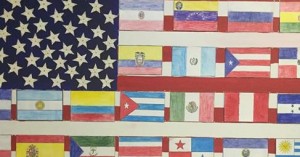 I have described in my book, “Liberty on Life Support,” the American economy and the country in general as a comatose patient. There was even a widely circulating cartoon on social media picturing Uncle Sam on a hospital gurney, attached to life support, barely clinging to life. At first glance it may seem a gross exaggeration until you actually look at the national debt clock, understand the true state of the economy, the condition of the socialist and collectivist education driven by Common Core, and the political power and corruption.
It seems that fundamental changes are occurring around the globe, driving countries to de-nationalize, to destroy their sovereignty, and to globalize under the guidance of the same U.N. elites who know what is best for an “overpopulated planet” that is going to be destroyed by a manufactured global warming Armageddon.
If we accept the financial terms dictated by the trillion-dollar climate change industry, too vested into its own financial gain to care about the inhabitants whose lives and futures are expendable to the whims of the few billionaires, we might be spared our doomsday fate by allowing ourselves to be literally taxed to death. Money always solves problems for bureaucrats; why not tame Mother Nature with taxed money as well?
My friend Mircea Brenciu compared Romania, our country of birth, to a sick patient who is being experimented upon by transnational groups that are intravenously administering “transfusion” therapies that are not in the best interest of the patient. It is an experiment that is supposed to prepare the patient for integration into the “European civilization” as defined by the technocrats in Brussels.
The formulas, used to tear the patient away from “the collectivist mindset through brutal and inadequate methods” and to integrate him into private property and personal initiative and responsibility, have created “grave fissures in the social order.”
These transfusions seem to be quite toxic to the sick patient, especially when the treatment is administered against the will of the people. Once the patient is infused with so much globalism, the arteries are left wide open and the patient is likely to die, unable to defend himself from the onslaught of foreign body invasions. At such a point, nationalism will disappear, sovereignty will be gone, and the strange idea of global citizenship will become mandatory.
People who deny that such a globalist movement exists, may have been surprised when kindergarten students from PS75 in New York City were “made to create an American flag with the flags of 22 other nations superimposed over the stripes.” The words below the flag stated: “We pledge allegiance to an International Flag.”http://www.hannity.com/articles/hanpr-election-493995/outrageous-public-school-students-taught-to-14451508/#ixzz423J1rdqh
Alienating people from their national roots, from their identity, culture, language, and history, will certainly endanger their safety and survival. This transfusion of globalism is likely to change the patient from a solid nationalist grounded in history into a Frankenstein-ish metamorphosis that will remove the patient’s spine. In the end, the country may go the way of the former Yugoslavia, divided by faceless bureaucrats according to their interests.
The fundamental transformation around the globe is not going to leave any country unscathed or unaffected. The master plan is composed of many treaties, partnerships, committees, organizations, and other foundations for the “public good.” Unfortunately, the good public had no input into its own plans, never got a seat at the planning table.
Certain developments occurred in the western world that are promoted and advanced by the main stream media and academia:
– The institution of family has been discouraged and derided; fertility rates have dropped precipitously among the civilized world.
– Large groups of people have left their countries for economic reasons or were displaced by war and tribal rivalries.
– Increasing health issues due to poor nutrition or poisoning of the food supply with unnecessary toxic substances used as “preservatives.”
– The dumbing-down of education, glorifying mediocrity and bad behavior, excusing violence, deriding honor, love, kindness, patriotism, respect, sacrifice, diluting and destroying the work ethic, and erasing history, culture, and ancestors of note.
– Destruction of the societal cohesion united under one nation and one God.
– The excessive and massive spending that put many countries into huge and unpayable national debts, affecting the future of generations to come.
– Giving up sovereignty to an international body such as the United Nation or a transnational entity like the European Union, or to a partnership such as the Trans Pacific Partnership.
– The damage to Christianity and the Church through its transformation into a political body that advocates collectivism.
– The destruction of capitalism and private property.
– Corruption and harm to the rule of law.
– Promotion and advocacy of atheism, pornography, and deviant life styles as the forced norm.
– Endorsing abortion, the sale of body parts, and trafficking of human organs and of sex slaves.
– Societal reorganization around the climate change industry under a master plan called Agenda 2030.
Whether this profound crisis across the globe can motivate citizens to save the comatose patients remains to be seen. Experimental global change to de-nationalize and the fundamental transformation of western societies, whether planned or not, can have intense and long-lasting consequences.