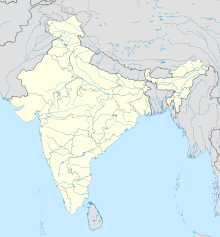 Map of India with tribe location Photo: Wikipedia
The invasion of Europe by young military-age Muslim men from the Middle East and Africa has pushed one Western European “headache” to the back burner – the Romanian gypsies, with their nomadic lifestyle and “criminality,” petty theft, pickpocketing, and begging around train stations and major tourist attractions; these gypsies have irritated the European Union bureaucrats and the selectively multicultural Europeans.
In an effort to combat any ethnic discrimination, the Romanian government passed H.G. 1194 on December 12, 2001 which established the “attributes, components, organization, and functioning of the National Council to Combat Discrimination. The law established heavy penalties for anyone who attacks someone else on the basis of ethnicity. The main focus of the law was to prevent the proliferation of anti-Semitism and anti-gypsy sentiments. Insulting, humiliating, or disadvantaging any ethnic group is strictly forbidden.”
As Mircea Brenciu explained, “The chosen people of the Old Testament have suffered a genocide unprecedented in the history of humanity; other tragedies were experienced by Armenians in 1915, by the Nepalese and the Cambodians under Pol Pot, Ukrainians under Stalin, just to name a few, and gypsies under all countries.” The memory of such heinous acts must be kept alive to prevent the historical repetition of such tragedies.
A “semantic confusion” was deliberately created by the Romanian government under Petre Roman (1990-1991), a “semantic confusion” even promoted and accepted by the Romanian Academy. The government decided that the word “gypsy” was really an insult, even though this terminology existed for hundreds of years, reflecting the misconception that these tribes were Egyptian; the word “gypsy” had to be changed to “rom/Romani.” Every other nation continued to call these migratory groups gypsies. The designation of “rom/Romani” was thus consecrated with great fanfare in Romania, using the 1948 Universal Declaration of Human Rights as an excuse.

Modern gypsy wagon, U.K. Photo: Wikipedia
There are approximately 11 million gypsies worldwide, of which 8-10 million live in various European countries, making them, for now, one of the largest minority. David Comas and his research group conducted a study and published the results in 2012 in Current Biology, under the title, “Reconstructing the Population History of European Romani from Genome-wide Data.” This genetic and linguistic analysis of 13 European gypsy groups found out that their ancestors left north/northwestern India about 1,500 years ago and settled in the Balkans area approximately 900 years ago. The groups “constitute a mosaic of languages, religions, and lifestyles while sharing a distinct social heritage.” http://www.cell.com/current-biology/abstract/S0960-9822%2812%2901260-2
The study authors also stated that, the migratory population, “with moderate gene flow from the Near or Middle East,” showed up in the Balkans about 900 years ago. This makes it more interesting why Romanians have decided to rename their gypsies “Romani” or “rom” even though they have nothing to do in origin with the Romans, the Roman Empire, or the Romanians’ ancestors, the Dacians.
Gypsies/Romani are proud of their heritage, their culture, their traditions, and their language, which is unlike the Latin-based Romanian language. But the change of terms from gypsy to “rom” or “Romani” has given rise to an uncomfortable confusion across European nations whose citizens have labeled and lumped all Romanians with any and every gypsy/Romani population across Europe that is “inconveniencing” European non-nomadic society.
According to Mircea Brenciu, Romanian gypsies/Romani give birth to 5-8 babies, while the birth rate for Romanians in general has been 2-3 children per family and less. It is surprising that such a nomadic population would have a strong political and cultural influence in general in Romanian society after 1989. Brenciu calls it the “Rom-ization” of the Romanian people.
He explained that this “Rom-ization” (“manelizare” in Romanian language) has the following consequences:
– No patriotism (gypsies have never been tied to any lands unless by force)
– There is no spirit of solidarity (gypsies express such feelings of solidarity only in cases that serve their interests of the moment)
– There is no punctuality and a sense of order (gypsies are Bohemian, indifferent to history, they are perennial pilgrims)
– There is no respect for the law (in gypsy society the law is made by the “stabor” and the “bulibasha,” similar to Muslim tribes and their Sharia Law)
– Gypsies build a state within a state, supported by the force of the occult.
It is hard to have a civilized discussion about issues of the gypsy/Romani population for fear that the dreaded H.G. 1194 law will somehow be violated in the dialogue process and the ethnic population offended, resulting in heavy penalties for the offending party. It does not take much these days for such an offense to occur, a process not unlike the Political Correctness of liberalism-gone-amuck in this country which stifles freedom of speech. The Europeans, of course, have no such guarantees of freedom of speech in their constitutions.
Brenciu wrote that, during the 18th century, Empress Maria Theresa is said to have met with other dignitaries to stop the flow of gypsies from Eastern Europe to the West. This gypsy exodus was inconvenient to western society because they were not subjects of any jurisdiction. They chose the Baragan Fields of Wallachia as settlement and built villages such as Tiganesti, Slobozia, Urziceni, to house by force, with European money, various gypsy groups.
In the meantime, a simple politically correct euphemism, “Rom/Romani,” invented by progressives. is confusing and obfuscating history by design, misrepresenting the roots of an entire minority, the gypsies.

One thought on “Western Europe’s “Headache””