“If you can’t explain it to a six-year-old, you don’t understand it yourself.”
– Albert Einstein 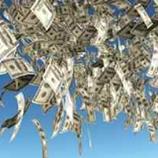 As the climate change industry continues to spend trillions of dollars over the idea that humans are somehow responsible for our climate changing over the millennia, presenting skewed data that favors their hypothesis, we continue to be forced to pay taxes for carbon credits and to subsidize with taxpayer dollars the solar and wind energy around the globe, receiving in return inadequate amounts of expensive energy that does nothing to address the energy needs of the planet and causes a multitude of other problems that affect the environment, humans, and animals.
The Fraser Institute, an independent Canadian think-tank, released on April 5, 2016, a study, “Demand-Side Mismanagement: How Conservation Became Waste,” which examined “energy conservation programs in Ontario such as smart metering, home retrofit rebates for insulation, caulking, etc., and subsidies for consumers who purchase energy-efficient appliances.”
Our own government had proposed on March 2, 2010, a Home Star Energy Efficiency Retrofit Program which was to deliver rebates directly to consumers if they made certain energy-saving investments into their homes. This program was not unlike the Cash for Clunkers Program, which was a disaster in terms of destroying perfectly good and usable second-hand vehicles which Americans, who did not want brand new cars, could have purchased.
“A broad array of vendors, from small independent building material dealers, large national home improvement chains, energy efficiency installation professionals and utility energy efficiency programs (including rural utilities) would market the rebates, provide them directly to consumers and then be reimbursed by the federal government.“
The rebates included:
– $1,000-$1,500 Silver Star if consumers made upgrades in insulation, duct sealing, water heaters, HVAC units, windows, roofing and doors
– $3,000 Gold Star if consumers made more comprehensive energy retrofits so that they would achieve 20% energy savings in their homes
This program was supposed to “create tens of thousands of jobs while achieving substantial reductions in energy use, anticipating to save consumers $200-$500 per year in energy costs, while improving the comfort and the value of their homes.” https://www.whitehouse.gov/the-press-office/fact-sheet-homestar-energy-efficiency-retrofit-program
The Fraser Institute study asked two very important questions, do conservation programs “really save consumers money and do they conserve energy?”
Citing a 2015 Berkeley University Study, Fraser Institute said that the “U.S. Weatherization Assistance Program – a home retrofit program – predicted 2.5 times more energy savings than were actually realized. Moreover, the cost of the program per household was about twice the value of the energy savings.” The engineering model was wrong because for every dollar saved in energy, more than two dollars were spent on weatherization assistance subsidies, even when taking into account “the value of the reduced air pollution.” http://e2e.haas.berkeley.edu/featured-eeinvestments.html
The Fraser Institute study explained that “Ontario taxpayers and ratepayers have doled out billions of dollar in energy conservation subsidies over the decades with no verifiable evidence that conservation programs actually save consumers money.”
The Fraser study talks about “negawatts,” a term coined 25 years ago as a justification for not building new generating capacity because “it was more expensive than subsidizing conservation of energy.” Politicians subscribed to this explanation. Economists, however, did not like the implication that “consumers systematically pay more for their electricity than they consider it to be worth.” The “dumb” consumer must rely on government to tell them how to stop making “bad” choices of electricity consumption and purchase.
The authors also stated that “utilities often claim success for their conservation programs, but these numbers need to be carefully scrutinized.” They cite a 1992 study in which “utility program costs were understated and benefits were overstated.” Program costs such as implementation, monitoring, and evaluation were either ignored or computed only for those consumers who were part of the conservation programs. In addition, “utilities systematically overestimated the amount of electricity saved.”
Ross McKitrick, study co-author and professor of economics at the University of Guelph, said that “Queen’s Park is betting heavily that conservation programs will effectively and cheaply manage power needs in the coming decades, yet the plans for these programs rely on unsubstantiated and overly optimistic claims.”
McKitrick cites the Ontario Power Authority (OPA) that has spent in 2013 “almost $400 million on conservation, in addition to federal, provincial and municipal programs such as the City of Toronto’s Home Energy Loan Program.” http://windfallcentre.ca/energy/incentives/toronto-help-program/
The authors added that $3.1 billion “has been earmarked for these OPA programs (now transferred to the Independent Electricity System Operator) over the period 2015 to 2020.”
Tom Adams, co-author of the Fraser study, said that “based on the experiences of other jurisdictions, electricity conservation programs in Ontario are likely a waste of resources.”
McKitrick said, “In light of the billions of taxpayer dollars being spent on these programs, and the government’s poor track record of estimating cost and energy savings, there’s a serious need for comprehensive and objective information about the costs and benefits of energy conservation programs in Ontario.” https://www.fraserinstitute.org/studies/demand-side-mismanagement-how-conservation-became-waste