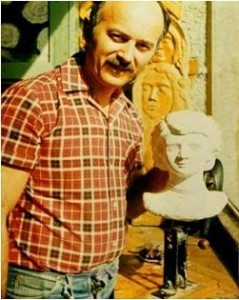 Babeş’s widow, Etelka, and their daughter, were not left in peace to mourn the loss of their beloved husband and father. Her apartment, located in one of the drab concrete apartment high-rises, was constantly watched by the Security Police. They came and searched everything and confiscated any notes and sketches he may have left behind. An amateur painter and sculptor, he had a small collection.
One day a friend accompanied Etelka to the cemetery where Babeş was buried. They were followed by a Security Police officer who did not bother to disguise his obvious spying. Even in death, the communist police state did not leave her Cornel alone because he had the courage to sacrifice his life in such a public way in order to expose communism and its paid torturers and informers who robbed the masses of their humanity and freedom under the false pretense of “social justice” and equality.

2 thoughts on “The Martyr Who Immolated Himself”