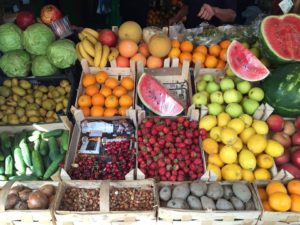 Photo: Ileana Johnson 2016
President Trump’s Executive Order on Promoting Agriculture and Rural Prosperity in America which was signed on April 25, 2017, is significant in many ways, not the least of which is the Revocation of Executive Order 13575 of June 9, 2011, issued by President Obama, the Establishment of the White House Rural Council. https://www.gpo.gov/fdsys/pkg/DCPD-201100431/pdf/DCPD-201100431.pdf
I wrote about the June 9, 2011 13575 order as soon as it was released and I have included it in my best-seller book, “U.N. Agenda 21: Environmental Piracy.” (pp. 88-91) This executive order established unchecked federal control over rural America in education, food supply, land use, water use, recreation, property rights, energy, and the lives of sixteen percent of the U.S. population. The executive order carefully chose the rural population because “they supply our food, fiber, and energy, safeguard our natural resources, and are essential in the development of science and innovation.” To sum it up, he who controls the food, land, and water controls everything else. https://www.amazon.com/U-N-Agenda-21-Environmental-Piracy-ebook/dp/B009WC6JXO/ref=sr_1_1_twi_kin_2/135-3153922-7408062?s=books&ie=UTF8&qid=1493479812&sr=1-1&keywords=UN+Agenda+21%3A+Environmental+Piracy
The executive order of 2011 was promoted, “To enhance the Federal Government’s efforts to address the needs of rural America, this order establishes a council to better coordinate Federal programs and maximize the impact of Federal investment to promote economic prosperity and quality of life in our rural communities.” On the face of it, it sounds benign enough; except that it discusses sustainable rural development; the new bureaucracy to oversee it came from and was called the White House Rural Council. Sustainable Development is the lynchpin of U.N. Agenda 21 now morphed into U.N.’s Agenda 2030, U.N.’s blue print for global governance and control of human activity and private property.
President Trump revoked President Obama’s Executive Order 13575 and replaced it with “Promoting Agriculture and Rural Prosperity in America.” His EO establishes the Interagency Task Force on Agriculture and Rural Prosperity, with administrative support and funding from the Department of Agriculture, within the boundaries of law and “within existing appropriations.” The Secretary of Agriculture will be the Chair of the Task Force composed of 21 secretaries, assistants, directors, and heads of executive departments within the federal government. https://www.whitehouse.gov/the-press-office/2017/04/25/presidential-executive-order-promoting-agriculture-and-rural-prosperity
The Task Force “shall identify legislative, regulatory, and policy changes to promote in rural America agriculture, economic development, job growth, infrastructure improvements, technological improvements, energy security, and quality of life such as:
– Remove barriers to economic prosperity
– Adoption of innovations and technology for agricultural production and long-term sustainable rural development
– Educational opportunities in agricultural education, science, technology, engineering, and mathematics
– Empower state, local, and tribal agencies to implement rural economic development, agricultural, and environmental programs to relevant regional circumstances
On the surface, this is a good idea, however, most states, local, and tribal agencies have been infiltrated by the International Council for Local Environmental Initiatives (ICLEI), an unelected U.N. organization which stealthily formulates regional and local development plans and then presents their “visioning,” already approved and signed by the board of supervisors, to the population at large, “the stakeholders.” Regionalism is also an important goal of Agenda 21/2030.
– Respect “regional diversity of farms and ranches”
– Rely on “best available science when reviewing or approving crop protection tools”
– Access to a “reliable workforce in agriculture-related and rural-focused businesses”
– Preserve “family farms and agribusiness operations when passed from one generation to the next,” making changes “to the estate tax and the tax valuation of family or cooperatively held businesses”
– “Ensure that water users’ private property rights are not encumbered when they attempt to secure permits to operate on public lands”
– Improve food safety based on science and “account for the unique circumstances of farms and ranches”
– “Encourage the production, export, and use of domestically produced agricultural products”
– “Address hurdles associated with access to resources on public lands for the rural communities that rely on cattle grazing, timber harvests, mining, recreation, and other multiple uses”
This is an interesting development as many farmers and ranchers have been battling the Bureau of Land Management and the Environmental Protection Agency for their generational use of public and private lands; farmers fought the EPA and their restrictive regulations that prevented them from using their land for farming purposes; individuals who collected rainwater and snow melt and were fined and jailed; and ranchers whose cattle were prohibited from and eventually killed for grazing on public lands.
President Trump directed that other executive orders he issued be coordinated with his EO on Promoting of Agriculture and Rural Prosperity in America:
– EO 13771, Reducing Regulation and Controlling Regulatory Costs (January 30, 2017)
– EO 13778, Restoring the Rule of Law, Federalism, and Economic Growth by Reviewing the “Waters of the United States” Rule (February 28, 2017)
– EO 13783, Promoting Energy Independence and Economic Growth (March 28, 2017)
It remains to be seen how the highly entrenched bureaucrats will implement this executive order coming from our president with whom they fundamentally disagree, a president who wants to keep his campaign promises to the American people and also considering the fact that life-long Democrat and Republican establishment bureaucrats do not represent nor “serve” the interests of the American people.