As we loaded the bus, there was standing room only. There were no seats on the open truck, just sides to protect the cargo from toppling over. The only reason we didn’t fall over is that we were packed like sardines. When the moving truck hit a pothole, and there were many of those along the way, the entire mass of humanity swayed back and forth, leaning a lot of weight on each other and squashing momentarily those along the edges. There was nothing to hang on to, so we clung to each other for dear life. The dust swirled around, chocking us, mixed in with the Diesel exhaust fumes. Once we left the city, nothing was paved. We were only going about 9 miles, however, under those conditions, it felt like 90 miles. 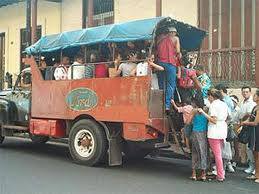 We tried to keep a cheery disposition; we tried to think of it as an impromptu field trip, getting away from the drudgery of daily communist indoctrination and rigorous classroom work. At least we were outdoors in the sun, dust, and heat, not stuck behind an uncomfortable wooden bench in the classroom.

We were going to pick grapes in the hills of the nearby cooperative farms, a misnomer of sorts. There was no co-operation at all. The laborers were supposed to own the farm collectively, but the land had been confiscated from small farmers, who were quite successful in their operations, and the communist party received the majority of the crop; the remainder was divided evenly among the many villagers who actually put in the back-breaking work every day for the entire season. It was barely enough to justify their existence. And the free labor from students each fall and spring was an added bonus to the communist party. They subtracted the amount of labor from what was owed to the villagers.

We arrived at the sprawling vineyard. We were instructed how to cut the grapes off the vines. We were told that unless we brought our own food and water, there would not be breaks to eat or drink. We thought about eating grapes but they were sprayed with a whitish chemical to keep pests and disease from destroying the harvest. After an entire day of starvation and thirst, I found an old glass bottle, filled it with water and fixed a piece of bread with a slice of Parizer, a fatty type of cold cuts. Back then there were no disposable water bottles, sodas, or coolers. Ice was unheard of for the masses. Thermoses were way too expensive for ordinary people, the proletariat – it was a month’s rent. The elites rolled in money, food, and luxury but the rest of the people suffered.

My relatives no longer live this way in Romania since communism was rejected in 1989 by a revolution. But there are still people around the world existing under some form of tyranny, dictatorship, and/or communism.

The youth today seem to be mesmerized by empty communist rhetoric, indoctrination, and social justice/equality promises by deceptive elitist governments and environmental groups who claim doom and gloom, planetary destruction unless we save ourselves from the man-made global warming/climate change.

Cuba still sends school children today to pick crops for two months out of the year. It is forced and abusive labor. There is nothing “volunteer” about it. The American naïve fools, who repeat that education in Cuba is free, have not seen the student slaves who pick or put in the crops so that Castro, his family, and the elite commies can stash away billions in Swiss banks. Older students are forced to pave roads or work in construction. Without this “volunteer” work, students could not attend the university.

Sure, American students volunteer for community service in their respective schools but they do it because they want, in their hearts, to make a difference, they are not forced to do so, away from their families and with little food and water. And now, we are going to copy Castro’s shameful model of uncivilized society because low information young Americans have voted for the fundamental change of our society, including our stellar healthcare. With millions of unemployed Americans, the highest number of welfare recipients in history, and the national debt galloping to its $19 trillion point of no return, how is that working out so far?