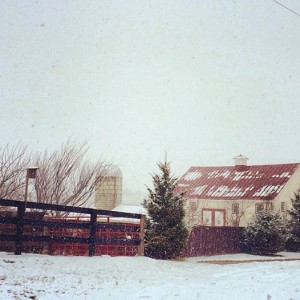 Martha Boneta, the farmer at the center of this protracted battle in Virginia said, “No Virginian should be forced to lose everything when they fight city hall.” Her farm is embroiled in a costly legal battle with Fauquier County supervisors over the use of her own farmland.

Boneta explained, “Corn mazes and pumpkin carvings were considered ‘events’ that required site plans and a mile-long list of red tape that can be suffocating.”

“There is an illusion that farmers are allowed to sell all their products because there are farmers markets and one-day bake sales. … These are exemptions granted at the whim of government. I have 33 acres with cows. If I had the ability to sell all my farm products (including raw milk) directly to the public, I could make $56,000 a year. But not under existing regulations.” (Bernadette Barber, founder of Virginia Food Freedom)
Martha Boneta found herself at the center of the battle for farm freedom and property rights when she held a birthday party for eight 10-year-old girls at her Liberty Farm. Fauquier County deemed this party illegal because it lacked a permit. “Why would I need a permit for pumpkin carving?” Boneta said.
Boneta was issued a special license in 2011 which allowed her to run a “retail farm shop” in which she sold handspun yarns, fresh vegetables, eggs, herbs, honey, and craft items such as birdhouses. Fauquier County Board of Supervisors changed in 2011 the “farm sales classification” to require a special permit for activities that were previously included in the permit that Boneta had already been issued. Faced with fines of $5,000 per violation under charges that she held a birthday party for eight 10-year-old girls without a permit and a “site plan,” advertised one wine tasting, sold postcards with pictures of her rescued farm animals, sold wool fiber products from her sheep and alpacas, and sold organic tea from herbs grown in her garden, even though she had a business license, Martha paid $500 to appeal these unjust administrative charges. “The county zoning administrator told her at the hearing that “Martha was out of line,” for appealing these charges.”
Mark Fitzgibbons wrote that “Fauquier County also passed a winery ordinance that blatantly violates property rights and civil liberties. It gives Fauquier zoning administrator Kimberley Johnson discretion to create penalties and to prohibit private personal gatherings.”http://washingtonexaminer.com/virginia-vintners-taste-the-police-state/article/2504381

Fitzgibbons said that “A local but powerful group called the Piedmont Environment Council (http://www.pecva.org/index.php/our-region/fauquier/711-fauquier-farm-winery-ordinance)
wholeheartedly backed that illegal, anti-liberty winery ordinance. The PEC seems to have an unusual if not disturbing amount of influence over Fauquier County officials. http://www.americanthinker.com/2012/09/the_environmentalists_police_and_welfare_states.html

Barber described the Boneta Bill victory as “opening the barn door for the blossoming farm-to-table movement.” However, bureaucrats and NGOs do not give up easily. Undaunted, no sooner had the ink dried on the signatures on the bill, the environmentalists came calling for a farm inspection of Martha’s Liberty Farm.

Property owners and farmers are fined, bullied, threatened based not just on zoning ordinances, but also via environmental conservation easements with onerous requirements, and farm inspections.

Martha Boneta’s farm is the only farm in the state of Virginia that has four required inspections per year. Inspectors used to come several times a month until Boneta complained. She gets a seven day notice.

The inspections are intended to “measure” the size of an apartment that Boneta is permitted to have. However, nobody lives on the farm; they have not built an apartment yet. Instead, PEC inspectors (at times as few as 2 and other times as many as 11) come into the converted barn that holds tools, tables, furniture with drawers, wool bundles, closets, and rummage through drawers, open closets, inspect the contents, an obvious violation of the farmer’s privacy.

According to Martha Boneta, the inspectors came on March 25, were rude, angry, aggressive, and disrespectful, pushing their way into her cottage although she told them they were fine outside. They took pictures even though Martha did not give them permission to do so and it is not stipulated in her conservation easement. “They are running roughshod over people because there is no oversight over these people.”

During this recent visit, an observer commented that seeing the two inspectors rummaging through Martha’s personal belongings, opening closets, drawers, touching and going through personal items reminded her of what “must have been like during Nazi Germany. I feel invaded, I feel violated, and I feel like I need to go take a shower.” When questions were asked of the inspectors, they responded, “we don’t have to answer you.”

Martha Boneta had a conservation easement with Piedmont Environmental Council (PEC), an NGO, when she bought her farm from the previous owners. Donna Holt explained that “PEC holds the easement and that makes them a stakeholder in the property although they don’t own the land or pay taxes on it. They have the right, under the terms of the contract, to inspect it for compliance of the terms of the easement. The language is vague, they make rules as they see fit, and the courts usually uphold them.”

Martha used tires on her property to “help hollow fields for plowing, train animals to move in a certain direction, and assist in planting. PEC sued Boneta, saying that the tires violated her agricultural conservation easement, and she was forced to store them in an enclosure.” Tires were the least of her numerous and constant problems with PEC. http://canadafreepress.com/index.php/article/60623

A “conservation easement” imposes certain restrictions on the homeowners’ use of their property in exchange for tax breaks. These easements have a specific length or can be permanent.

A private citizen described PEC on Facebook, “This group has even sued about a $25 hose attachment because it interfered with the “view-shed.” They claim to want to protect us but they really want to take away our property rights.” He explained that the Virginia Outdoors Foundation (VOF), “the parent organization of PEC only inspects farms maybe once every three years and are not subjected to inspections of drawers and personal belongings, don’t have pictures taken of their families or drive-bys by the PEC or their agents.” They are empowered by the federal government and the state and act as agents of the local county of Fauquier.”

Joel Sallatin warns American farmers and land owners about those “sincere conservation easements” because “Ultimately, these easements reduce farm viability and gradually turn Virginia’s pastoral landscape into a wilderness area.” This type of green environmental movement is probably not what the average American envisions. “Giving over farm decisions to people who neither farm nor adapt their approaches jeopardizes farmers’ livelihoods. Ultimately, preserving farmers is the only sustainable way to preserve farms.” http://flavormagazinevirginia.com/conservation-easements/

The tax breaks are a welcome relief for farmers who struggle to make a living on their land but they are presented through rose-colored glasses. But, at a time when food is expensive, we are using more crops for biofuels, and we have to import food from other nations, the obvious and most important question is – why would a landowner place good farmland under perpetual conservation easement in order to preserve it? Preserve working farmland for what? Land owners and farmers should seek and request opt-out policies before they sign onto conservation easements.

One thought on “The Environmentalists Are Not Giving Up”