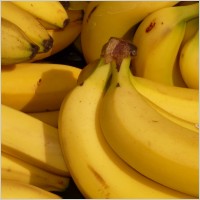 Keynesian economists tell us that under perfect competition, if there is no government interference and no central planning or directing, producers and consumers make uncoordinated decisions to produce exactly the quantity of each good that satisfies the equation MC=MU and scarce resources are allocated efficiently.
Marginal cost (MC) is the cost incurred by producing one additional unit of a commodity while marginal utility (MU) is the maximum amount of money a consumer is willing to pay for one more unit of a commodity.
To operate under perfect competition, an industry must have many small businesses and customers, an easily identifiable and homogeneous product that is identical when offered by any seller, new businesses can come into the market and old ones can exit easily without any impediments, and both businesses and consumers know the available products and prices. By this definition, agricultural products fit the description well.
Under perfect competition, farmers are price takers – they must accept the price determined by the market’s supply and demand. Farmers do not just worry about the weather, droughts, hail, floods, frost, winds, weeds, and pests. They worry about how many other farmers decide to plant the exact same crops, all competing for same consumers unless they produce enough for export and the demand is great in other countries.
In the case of corn, with its use for ethanol and other biofuels, in the presence of “clean energy” production subsidies, the perfect competition pricing theory of Keynesian Economics is disturbed.
All is well and neat in perfect competition economic theory unless a pesky fungus interferes and destroys the banana crop.
Weather and competition from other growers can at times take a back seat to a dangerous variable, a newly emerging disease or pest that can wipe out the entire crop. Monocultures such as corn and bananas can be easy prey to an untreatable disease. Southern corn blight destroyed many crops until farmers hybridized the corn.
In the case of bananas that Americans consume, large growers in Latin America kept production uniform, running the risk that a new pathogen could destroy the entire crop. Randy Ploetz, a plant pathologist at the University of Florida identified such a pathogen for bananas, a fungus called Tropical Race Four. It was kept under “wraps” for a while because farmers in Asia were planting small plots and, when the fungus hit, they lost just those small plots. As demand for bananas grew, larger farming operations appeared in order to satisfy the newly emerging markets around the globe.
This Tropical Race Four fungus found in soil is so dangerous and untreatable that, when the blight hits a farm, the banana plants turn yellow, wither, and die en masse. Burning boots is not exactly keeping the fungus from spreading since it can be carried on imported plant seedlings from Asia. Once the fungus reaches Latin America, the Cavendish banana crops could be devastated and the market could see a shortage and high prices.
Chiquita, Dole, and other banana producers grow the Cavendish bananas because they resist bruising and do not ripen fast, enabling exportation. Prior to the Cavendish variety, farmers in Latin America grew Gros Michel bananas which were devastated by the Panama Disease. The Cavendish variety replaced Gros Michel because it was resistant to the Panama Disease.
There are over 1,000 varieties of bananas, some engineered to survive pests and blights, others to satisfy epicurean palates. India grows 670 varieties of bananas. Ongoing research is trying to develop a variety resistant to this new fungal threat but Americans are leery of genetically modified organisms (GMOs), calling them Frankenfoods. http://www.globalpost.com/dispatch/news/culture-lifestyle/food-drink/121120/bananas-racer-four-fungus-honduras
Smaller scale production may have to replace giant farms that supply uniformity of bananas on American supermarkets at an affordable price. Dan Koeppel, the author of “Banana: The Fate of the Fruit that Changed the World,” opined that diversity of production and small scale production will save the banana industry. If giant monocultures continue, a severe Tropical Race Four fungus blight could cause bananapocalypse.
My wise mom once said, with a very serious face, you can’t eat those brown-spotted bananas, they are wormy. Why would bananas be wormy? Because in Eastern Europe, the Mediterranean fruit fly infestation is so bad, most fruits with spots are infected with worms. I am yet to see bananas or any other fruits with worms in this country.