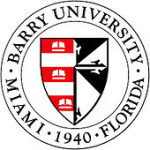 James O’Keefe’s Project Veritas has unveiled a new shocking video. Officials from Barry University in Florida, a private and Catholic institution founded in 1940, appear more than willing to approve the inception of a campus club that would raise money to support ISIS, the very terrorists who are killing indiscriminately Muslims, Christians, and gays in Iraq, taking over regions that were formerly freed by our American soldiers. http://www.dailymail.co.uk/news/article-3017455/Barry-University-officials-approve-club-raising-money-ISIS-video.html#ixzz3VtVglW1o
According to the Vice President for Student Affairs, as quoted by the Daily Mail Online, “Barry University would not approve any group supporting a terrorist organization.” But other universities have revealed in previously released videos that they have no problem with ISIS and Hamas being on their campus.
This video contradicts our National Security Strategy which was released in February 2015 from the executive office. It addressed security, prosperity, values, and international order. One of the important issues in the report involves “combating the persistent threat of terrorism.” Yet colleges are sanctioning and willing to support terrorist groups.
“This new National Security Strategy positions the United States to safeguard our national interests through strong and sustainable leadership.” Apparently, this strong and sustainable leadership, in partnership with Congress, has “helped the world recover from a global economic crisis and respond to an array of emerging challenges.”
One such challenge is the “potential proliferation of weapons of mass destruction, particularly nuclear weapons,” posing a great risk. I do hope Iran got the message that they must stop in their tracks any non-peaceful nuclear arming.
Because we are a “global force for good,” we must “lead with a purpose,” in line with the 2010 National Security Strategy:
– Secure the U.S, its citizens, and U.S. allies and partners;
– Grow the U.S. economy in an “open international economic system;”
– Respect “universal values at home and around the world;”
– International order based on rules “advanced by U.S. leadership,” promoting “peace, security, and opportunity through stronger cooperation to meet global challenges.”
What are the top risks to our interests?
– “Catastrophic attack on the U.S. homeland or critical infrastructure
– Threats or attacks against U.S. citizens abroad and our allies;
– Global economic crisis or widespread economic slowdown;
– Proliferation and/or use of weapons of mass destruction;
– Severe global infectious disease outbreaks;
– Climate change; (Who knew suddenly climate changing from season to season could be
such a threat!)
– Major energy market disruptions; (Maybe closing so many coal-fired power plants may not have been such a good idea)
– Significant security consequences associated with weak or falling states (including mass atrocities, regional spillover, and transnational organized crime).”
The Arab Winter comes to mind under this rubric and the drug cartel members coming unimpeded through our porous southern borders.
According to this report, America must lead “with strength,” “by example,” “with capable partners,” “with all the instruments of U.S. power,” and “with a long-term perspective.”
Since the last National Security Strategy in 2010, five recent transitions have been identified as significantly changing our security landscape, the academic progressivism not withstanding:
1. “Power among states is more dynamic,” i.e., India’s potential, China’s rise, Russia’s aggression, impacting “the future of major power relations.”
2. “Power is shifting below and beyond the nation-state.” Weak governments or authoritarian regimes have to deal with technology, growing middle class, and unruly “youth as a majority in many societies.”
3. “Increasing interdependence of the global economy,” creating vulnerability through interconnected systems and sectors “susceptible to the threats of climate change, malicious cyber activity, pandemic diseases, and transnational terrorism and crime.”
4. “Struggle for power among and within many states in the Middle East and North Africa.” The report points out “religious extremists” and “rulers that reject democratic reforms, exploit their economies, and crush civil society.”
5. “Global energy market has changed dramatically.” Apparently we are now “the world’s largest natural gas and oil producer” and “we are leading a new clean energy economy.” I am not sure if this clean energy can yet supply our large economy and keep our factories running, our lights on, our heat on, and the A/C constantly powered. The report points out that our energy security has been worsened by the “European dependence on Russian natural gas and the willingness of Russia to use energy for political ends.”
In the meantime, can someone tell the U.S. academia that supporting terrorists such as ISIS or Hamas on their campuses and financing their mayhem goes against our national security strategy and interests?
Copyright: Ileana Johnson 2015