“Most people are pretty happy with what they’ve got until they see what the other guy has got.” – Alfred E. Neumann, Mad Magazine 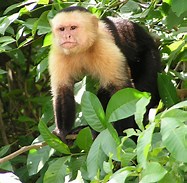