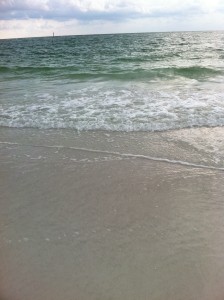 “The water you drink today has likely been around in one form or another since dinosaurs roamed the Earth, hundreds of millions of years ago.” – National Geographic

Water is life and it is recyclable, covering 70 percent of our planet; 2.5 percent is fresh water and “only 1 percent is easily accessible, the rest is trapped in glaciers and snowfields.” National Geographic tries to make the case that freshwater is in a crisis since its levels have remained the same over millennia but the human population has exploded to seven billion. No mention is made of animals that also need drinking water. http://environment.nationalgeographic.com/environment/freshwater/freshwater-crisis/

Environmentalists have been telling us for quite some time that man-made global warming would result in the melting of polar ice caps and glaciers, causing 25 feet rise in the ocean levels, destroying all the islands and coastal areas around the globe. But the moneyed liberals who spell this gloom and doom scenario have built elaborate mansions in coastal areas around the globe. And the polar ice caps have experienced this year a 60 percent increase in ice. http://www.ecnmag.com/blogs/2013/09/has-global-cooling-begun-arctic-ice-caps-grow-60-year

Humans seem to be “inefficient water users,” says National Geographic. One hamburger takes 630 gallons to produce while “water-intensive crops such as cotton are grown in arid regions.” In the U.S., cotton is grown in the south where water is plentiful.

The ever-wise United Nations guestimates that by 2025, “1.8 billion people will live in areas plagued by water scarcity, with two-thirds of the world’s population living in water-stressed regions as a result of use, growth, and climate change.” Non-existent global warming/climate change is the culprit even though the earth has been cooling for the last 15 years. http://www.forbes.com/fdc/welcome_mjx.shtml

Rainwater has thus become a contentious issue which must be regulated by EPA say environmentalists and their progressive supporters around the country who make their life mission to control the rest of us because we are so ignorant, we must be told what to do in painful detail. http://www.waterworld.com/articles/print/volume-29/issue-8/urban-water-management/regulating-rainfall.html A wise judge in Virginia struck down the attempted rainwater regulation by the EPA. http://conservative-outlooks.com/2013/01/15/epas-attempt-to-regulate-rainwater-dries-up/ However, it did not stop other states and local boards to proceed with implementation of its regulation.

Before 2009 “it was illegal in Colorado to gather rainwater and snowmelt that fell from a rooftop, patio, or driveway into barrels.” It was considered theft. In most of the western United States, it is still illegal to capture rainwater due to “the prior appropriation doctrine that governs water.” Colorado allowed capture after a study revealed that 97 percent of rainfall in the Denver area never reached the rivers, it evaporated.

The Colorado Senate Bill 09-080 was so strict that urbanites could never capture rainwater. The rules were as follows:
– Collecting rainwater had to be done only on residential property
– The homeowner had to have a legal entitlement to a well
– No water was provided by a city to the homeowner
– Water could only be collected from the roof
– The rainwater collected could only be used in the manner described in the well permit
http://earth911.com/news/2009/07/03/colorado-bill-legalizes-rainwater-harvesting/

I wonder how many people are in violation of the law when they leave an empty container outside and it fills up with rainwater?

Progressives and the U.N. are obsessed with water, among many other things, as a way to control what people do in their daily lives. Take for instance a golfing community in Texas that pumps water from the Brazos river running next to the golf course. After estimating the number of gallons of water needed to water their lawn, they paid the county for the water plus an additional amount in case they have underestimated their needs. After years of this business arrangement, the county wants to “renegotiate” the agreement because they feel that the course is not entitled to so much of “God’s water.”

Additionally, the residents cannot build cisterns to catch rainfall because “God’s water” would run on the property, seep into the ground, and run off into the river, thus polluting it.

As I described in my previous article, http://canadafreepress.com/index.php/article/58534
United Nations has a strong vested interest to control our water supply and our passage through the seas, oceans, our shipping, fishing, and mineral and oil exploration on the bottom of the ocean. They are controlling it through Agenda 21, chapters 17 and 18 signed by 178 countries, including the United States, and through the Law of the Sea Treaty (LOST) which has not yet been ratified by the Senate for lack of sufficient votes. They will keep trying until they have the votes.

Executive Order 13603 from March 16, 2012 gives the Department of Defense authority over all water resources. The order also covers all food, transportation, energy, construction materials, “health resources,” farm equipment, fertilizers, and all fuels that can be commandeered and controlled by our government both in peacetime and during national emergencies. http://www.whitehouse.gov/the-press-office/2012/03/16/executive-order-national-defense-resources-preparedness

Tombstone, Arizona, “the town too tough to die,” has been embroiled in expensive litigation with the USDA and the Forest Service over its ability to use water from the mountain springs that has provided the desert town with water since the 1880s, predating the Wilderness Act by 80 years.

A Monument Fire in 2011 destroyed the pipes in Huachuca Mountains that carried the water down from its source in the Miller Canyon Wilderness Area. Boulders the size of cars buried the pipes. The Forest Service denied residents the use of heavy machinery to unearth the pipes that were covered in some places by 12 feet of mud. Instead, they could only use wheelbarrows and hand tools. As they were protecting an endangered species, a pair of nesting Mexican spotted owls, the Forest Service declined to give further information unless the Goldwater Institute paid nearly $80,000 in fees. http://www.theblaze.com/stories/2012/06/12/is-this-owl-forcing-historic-tombstone-az-to-fix-water-lines-with-horses-and-handtools/

Liberals do not have a problem with wind turbines chopping up millions of birds in flight around the world, including the golden eagle in California, as long as it is done in the name of renewable energy. But disturbing a pair of nesting Mexican spotted owls, so that 1,600 humans can get water, is not acceptable. http://www.upi.com/Top_News/US/2013/09/27/California-wind-farm-seeks-permit-to-kill-eagles/UPI-90981380303425/

The 10th Amendment protects states and their subdivisions from federal regulations that impede their ability to fulfill essential health and safety functions. “Though the water may originate on National Forest lands, Bureau of Land Management lands, and other federally managed lands, the rights to that water belong to the farms and ranches and cities.” The lawyers for the federal government disagree.

In mid-June 2012, a group of citizens armed with shovels trekked 2 miles up the mountain in 100 degree heat to restore water by hand from the Gardner Spring to the historical Tombstone, Arizona. http://netrightdaily.com/2012/06/tombstone-az-residents-forced-to-use-shovels-and-hand-tools-to-fix-water-supply/

Mr. Gosar made a one minute speech to the House of Representatives on December 12, 2012, “Our communities shouldn’t need their Congressman or a lawsuit to make basic repairs to infrastructure. The Federal Government should work with us, not against us, to preserve western water supplies.” http://thomas.loc.gov/cgi-bin/query/z?r112:H12DE2-0026:/

We now have to suffer the ill-effects of low flush “enviro-friendly” toilets that don’t really save any water since people have to flush them 4-5 times in order to get rid of human waste. To make matters worse, city sewers get stopped up because of low-flush toilets, costing them millions and millions of dollars a year to fix problems. The much touted flushable wipes also clog the small residential pipes and cost homeowners millions of dollars a year to dig out them out and replace. Yet there is plenty of water, save for cyclical periods of draught.

According to discovery.com, there are over 15,000 desalination plants around the world that convert ocean water into drinking water either by distillation or reverse osmosis. Environmentalists complain that both processes use too much electricity. Distillation involves boiling the sea water, capturing the steam, separating it into cooling tanks, which then condense the steam into fresh water. Reverse osmosis is filtration that removes the salt and minerals from the water. The brine left behind is usually piped back into the ocean.

Mike Mickley wrote in “US Municipal Desalination Plants: Number, Types, Location, Sizes, and Concentrate Management Practices” that 324 plants were built since 1971 in the United States, capable of producing 25,000 gallons of fresh water per day. The Carlsbad desalination plant in San Diego, California is slated for completion in 2016 and will be capable of producing 50 million gallons of fresh water per day, providing 7 percent of the San Diego region’s supply needs.

Progressive don’t like desalination because it uses too much electricity provided by coal and other fossil fuels, the culprits of CO2 and global warming. They would prefer that we live in a feudal type society centered on a self-sufficient village.

But the global warming did not pan out because it is a hoax. South Dakota got a record 23 inches of snow in early October this year that killed 100,000 cows – they either suffocated or froze to death. The MSM, with the exception of Fox News and the foreign press, did not report the disaster caused by the massive blizzard preceded by heavy rain. Our government did not send any help because South Dakota is flush with revenue from tar sands. Besides, the evil conservatives caused the government to shut down, FEMA’s hands were tied. http://www.foxnews.com/us/2013/10/13/south-dakota-ranchers-reel-after-catastrophic-storm-leaves-up-to-100000-cattle/

Progressives don’t like hydroelectric power generation because it is interfering with nature, aquatic habitats, and the natural flow of rivers. Many dams have been blown up during this administration, citing this reason. The fact that nature itself causes rivers to flood, creating and destroying habitats at the same time, has escaped the progressive agenda.