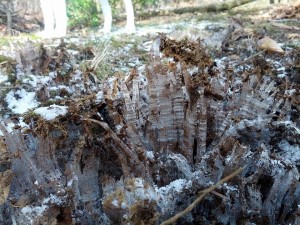 Our omniscient government is going to spend $1 billion in addition to the billions already wasted so far in order to attempt the impossible, “engineering” climate change to satisfy the Green agenda.

What is the scientific, measurable definition of a “normal” climate change and what is the measuring stick used to determine acceptable variability? What are the parameters of deciding “normal” and what makes the global warming crowd the soothsayers of climate, especially since they’ve been wrong in their predictions in the last fifty years? Can the Green Agendders describe a “normal” climate change?

It is the same climate change our planet has been experiencing for millions of years called seasons. The seasons caused by the yearly revolution of the earth around the Sun and tilt of the Earth’s axis relative to the plane of revolution.

Singling out oil and coal companies, U.S. Secretary of State John Kerry told a crowd in Jakarta on February 16, 2014 that “In a sense, climate change can now be considered the world’s largest weapon of mass destruction, perhaps even, the world’s most fearsome weapon of mass destruction.” He called climate change skeptics adherents to shoddy science and Flat Earthers. “We don’t have time for a meeting anywhere of the Flat Earth Society.”

The solution he proposes is a “new global energy policy that shifts reliance from fossil fuels to cleaner technologies” like the one championed by President Barak Obama recently in California.

The problem is not that people deny the existence of climate change. Most people agree that there is a climate change but they deny that it is man-made. There are now over 1,000 real scientists and climatologists that agree that global warming is a hoax. The scientific evidence provided from the left to support global warming is based on “consensus.” Consensus does not constitute scientific fact. It just means that a group of people are in agreement on a particular issue. The MSM is not interested in hearing or airing any opposing views, marginalizing, intimidating, and suing anybody who disagrees with them. They have decided that it is settled science and that is the end of the conversation, case closed.

The “engineering” of climate change by government fiat, executive orders, taxation, and EPA regulations reminds me of Don Quixote de la Mancha “tilting at the windmills,” an English idiom sometimes used to mean jousting (the windmills), “attacking an imaginary enemy.”

The consensus argument is that “climate change is real and human activity is playing a major role in an increasingly volatile climate.” The hypothesis of anthropogenic global warming that humans are producing more CO2 is just a hypothesis that has been debunked. Even EPA Director Gina McCarthy said that reaching all U.S. goals for climate change compliance, “will not have an impact globally. You don’t make good, sustainable laws when you make them on unproven sciences.”

The UN’s Intergovernmental Panel on Climate Change (IPCC) is the “repository of the global warming hoax.” Consensus scientists engage in political advocacy and economic restructuring of the developed world.

As the data scandal from the University of East Anglia proved, there has been serious damage done to climate science, real research, and industrial progress by United Nation’s 30-year “green agenda’s” war on fossil fuels and economic development. IPCC, which is not a scientific organization and is not accountable to any nation or group of nations, has influenced the masses to believe that climate change is anthropogenic (man-made).

What could possibly go wrong with the Green Agenda, the War on Coal, EPA strangling industry with costly and unnecessary regulations, and spending billions of taxpayer dollars on expensive renewable energy such as wind and solar?

– Utilities are struggling to meet the demand for electricity due to cold weather
– The Mercury and Air Toxics Standards (MATS) rule by EPA put such a financial pressure on the coal sector that many plants were retired
– After billions of dollars were invested in renewable energy resources, there is not enough solar and wind energy generated to replace the electricity that was generated by now closed coal power plants:
37 percent of electricity generated in 2012 came from coal fired plants; in 2008, 49 percent of electricity came from coal fired plants, a sizeable drop of 12 percent; natural gas fired plants replaced some of the electricity; solar power generated only 0.1 percent of electricity needed, and renewable energy, including hydro-electric produced only 5 percent of that total electricity production (U.S. Energy Information Agency or EIA)
EIA reports 3 percent loss in 2012 of coal fired capacity and by 2020 20 percent of electricity generation from coal will be lost due mostly to EPA regulations (Rick Manning, Americans for Limited Government)
– The world’s largest generating plant (5 square miles) Ivanpah Solar Electric Generating System, located in the Mojave Desert near the California/Nevada border, scorches, burns, or singes birds flying into the 1,000 degrees Fahrenheit “thermal flux” around the towers. The 350,000 huge mirrors were killing birds even during the construction stage of the facility. Birds also mistaken the mirrors for water and fly directly into them. The mirrors and towers are used to store heat and to keep generating electricity after the sun goes down.
Ivanpah’s electricity cost about four times as much as electricity generated by natural gas-fired plants but produces far less electricity, not to mention the amount of land required to install the mirrors. The much larger cost will be passed on to consumers.
A kWh of electricity generated at Ivanpah, if you take into account the price tag of the facility ($2.2 billion), cost $5,561. However, since the plant produces electricity 8-10 hours per day, the cost goes up by a factor of three, making the cost per kWh jump to the “bargain” price of $15,000!
http://www.dailymail.co.uk/news/article-2560494/Worlds-largest-solar-farm-SCORCHING-BIRDS-fly-it.html
– Wind turbines kill 70 Golden Eagles each year at California’s Altamont Pass http://www.theblaze.com/stories/wind-energy-under-attack-for-thousands-of-wildlife deaths/
– U.S. Fish & Wildlife Service Estimated that 440,000 birds per year were killed by U.S. wind turbines http://www.abcbirds.org/abcprograms/policy/collisions/wind_farms.html
– Study showed 600,000 bats killed by wind turbines in 2012 http://cbsnews.com/news/about-600,000-bats-killed-by-wind-turbines-in-2012-study-shows/
– President Obama issued executive order to triple government’s renewable energy use by 2020 http://hotair.com/archives/2013/12/12/oh-by-the-way-obama-issues-executive-order-to-triple-governments-renewable-energy-usage-by-2020/
– Department of Energy gave Green Energy loans to President Obama backers http://dailycaller.com/2011/09/12/new-doe-loans-support-green-obama-backers/
– Department of Interior explores expansion of permits to kill Bald Eagles in order to accommodate wind energy
– http://blog.heritage.org/2012/05/09/interior-looks-to-expand-permits-for-killing-bald-eagles-to-accommodate-wind-energy/?utm_source=twitterfeed&utm_medium=twitter&utm_campaign=Feed%3A+FoundryConservativePolicyNews+%28The+Foundry%3A+Conservative+Policy+News.%29
– The administration excuses wind farms on Bald Eagle deaths but prosecutes oil companies
http://www.foxnews.com/politics/2013/05/14/obama-administration-gives-wind-farms-pass-on-eagle-deaths-prosecutes-oil/?test=latestnews
– US gives permits to kill Bald Eagles to wind power providers http://news.yahoo.com/wind-power-us-extends-permit-eagle-deaths-145931345–finance.html
– Wind farms killed 67 Bald Eagles in 5 years, a slaughter by any measure http://www.washingtontimes.com/news/2013/sep/11/eagle-slaughter-wind-farms-kill-67-eagles-5-years/
– Fifty administration-backed Green Energy companies went bankrupt or were failing http://dailycaller.com/2012/10/30/as-many-as-fifty-obama-backed-green-energy-companies-bankrupt-or-troubled/

The Green Agenda cost many California farmers their livelihood and American consumers a large supply of food when the government shut off the water in St. Joaquin Valley to save the Delta smelt, a bait fish that nobody really cared to save. It was not climate change that caused the drought in California – the drought was “exacerbated by federal and state regulations,” said Rep. Kevin McCarthy (R-Ca), which positioned “the well-being of fish… ahead of the well-being of communities.”

While blaming this man-made drought on climate change, President Obama promised $160 million in federal aid, $100 million to livestock farmers, $60 million to California food banks, and $15 million to the hardest hit areas. For the past five years, environmental groups were successful in diverting water from farmers in order to save the Delta smelt, flushing into the ocean 3 million acre-feet of water slated for the Central Valley.

The House Bill 3964 to restore water to the area passed by 229-191 votes. The Democrats are holding up the bill in the Senate because the administration is not really interested in passing it. Instead, they are giving more “pork to environmental activists and their victims, offering the farmers they’ve put out of work, a “summer meal plan.”

Preaching global warming and the climate change agenda are more important than a long-term solution for the man-made water shortages that are affecting the $45 billion agricultural industry. These water shortages could be easily resolved, but the government’s solution is to spend $2 billion in a temporary “relief” package that will not solve the long-term problem.

At the end of the day, crony capitalism and environmental interest groups drive the climate change agenda. Their “consensus” political groups and scientists are pressured to tailor climate models to ensure the desired results that confirm man-made global warming. The solar flares, the sun’s orbit, its tilt, the cosmic radiation, the oceanic currents, the fast dissipating cloud cover, volcanic activity, and other natural causes are not considered as variables in the climate change models.