Governor McAuliffe signed Executive Order #16 on June 4, 2014 to establish the Virginia Energy Council chaired by the Secretary of Commerce and Trade, Maurice Jones. The council will have 20-25 members appointed by the governor and will “assist in the development and implementation of a cohesive, comprehensive, and aggressive energy strategy for Virginia.” The Virginia Energy Plan will be submitted to the General Assembly on October 1, 2014. http://augustafreepress.com/mcauliffe-signs-executive-order-create-virginia-energy-council/


According to the executive order, “Historically, Virginia has ensured reliable and affordable energy, helping businesses and consumers thrive. The Commonwealth boasts tens of thousands of energy-related jobs, including mines, gas well crews, manufacturing workers, engineers, mechanics, computer programmers, accountants, and managers. Virginians can and should be proud of the energy industry, but a changing market and energy environment requires decisive action to position the Commonwealth to be a national leader in innovative energy generation and utilization.”

Why is the market changing? Is it a deliberate change, and why do we need innovative energy generation and utilization? Is it the fulfillment of the administration’s promise to cause electricity costs to “necessarily skyrocket,” while bankrupting the coal industry?

According to Michael Bastasch from the Daily Caller News Foundation, “at least six electric cooperative utilities across the mid-west and southwest could raise electricity rates up to 40 percent if the EPA imposes new permitting regulations on coal-fired power plants.” Deseret Power Electric Cooperative (DPEC), that serves 45,000 people in rural Utah, Nevada, Wyoming and Colorado, must spend $200 million to install advanced equipment to satisfy the Clean Air Act Title V permit. DPEC’s Bonanza Power Plant is located on the Uintah and Ouray Indian Reservations. The environmentalist WildEarth Guardians are suing EPA to force Bonanza Utilities to upgrade to a Title V permit. After public comments close on June 16, customers will have to foot the bill through much higher utility charges.

Existing power plants must cut their carbon dioxide emissions by 30 percent by 2030 as mandated by the EPA and each state must develop their own reduction plans. Gina McCarthy, EPA administrator, said, “Although we limit pollutants like mercury, sulfur, and arsenic, there are no limits on carbon pollution from power plants, our nation’s largest source. For the sake of our families’ health and our kids’ future, we have a moral obligation to act on climate.” It sounds so nice to have a totally clean environment, who would object to that? However, since U.S. does not live in a bubble, China and other populous third world nations are polluting away.

We could use the Keystone XL pipeline to bring crude from Canada to refine in the U.S., reducing drastically the dependency on OPEC cartel oil. But the White House decided not to approve it, citing environmental issues even though there are other pipelines carrying crude oil. We would not want crony capitalists’ railroads to suffer if crude oil is delivered by more effective, cheaper, and safer pipelines.

The current regime has been undermining the wealth, prosperity, and the U.S. economy, which has been successfully based on fossil fuels energy generation, in order to satisfy the progressive and Democrat agenda of environmentalism, the use of very expensive and job-killing renewable energy. Millions of birds are chopped up and fried each year at the altar of wind and solar energy. Dozens of taxpayer-subsidized solar companies have gone bankrupt without producing much energy.

But the Virginia Energy Plan boasts about the objective of “accelerating the development and use of renewable energy resources – Virginia can become a hub of innovative and alternative energy research and development by focusing on expanding the use of the Commonwealth’s underutilized renewable assets, such a solar and offshore wind.”

Liberals love solar and wind energy as long as the solar panels, which need considerable acreage to install and plenty of sun year around, are installed on someone else’s property. But no progressive would agree to have the ugly, unsightly, and noisy wind mills installed in their own back yards because they would be destroying their vineyards’ and horse-riding pastures’ “view shed.”

Aside from frying birds that happen to wonder in the heat flux of the solar panels, or are attracted by the reflecting panels that look like water, or chopped by the rotating blades of the turbines, wind mills are damaging to animal and human health. 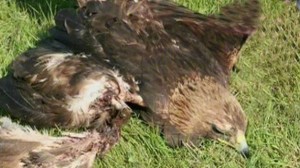 “Environmentally friendly” wind turbines kill an estimated 13 to 39 million birds and bats each year. Mark Duchamp, who is president of Save the Eagles International, estimated these numbers based on a 2012 study of the Spanish Ornithological Society, using data from 136 official turbine-monitoring studies in Spain, data corroborated by a 1993 study of bird mortality from wind turbines in Germany and Sweden.

Accidents have resulted in human injury and death when turbine blades flew from their mounts and landed on roads and property. Noise disturbances associated with wind turbines have been investigated in 1985 by the WAUBRA Foundation for the U.S. Department of Energy http://waubrafoundation.org.au/resources/kelley-et-al-1985-acoustic-noise-associated-with-mod-1-wind-turbine/ and in 1987 by N.D. Kelley, Solar Energy Research Institute of Colorado in regards to low-frequency noise emissions by wind turbines into nearby homes.
http://waubrafoundation.org.au/resources/kelley-et-al-1985-acoustic-noise-associated-with-mod-1-wind-turbine/ H. Hubbard, member INCE, discussed in 1982 “Noise Induced House Vibrations and Human Perception.”
http://waubrafoundation.org.au/resources/hubbard-h-1982-noise-induced-house-vibrations-human-perception/

Some cities, after having spent millions to install wind turbines, turn them off when winds reach higher speeds because the noise pollution is unbearable, causing insomnia, tinnitus, and other ailments. Some people had abandoned their nice homes and moved into trailers. http://www.windturbinesyndrome.com/2014/why-didnt-this-man-believe-wind-turbines-make-people-sick-illinois/

And there are many other little known secrets of wind power and its operability. http://www.aweo.org/problemwithwind.html

In October 2013, Dr. Sarah Laurie delivered her speech, “Wind Turbine Noise, Adverse Health Effects & Professional Ethics” at the Human Rights Conference. The CEO of the Waubra Foundation discussed “the damage unregulated noise pollution is doing to human health, with a particular focus on the effects of infrasound and low frequency noise. Wind turbines are one source, but there are others also doing damage.” Dr. Laurie pointed out that Dr. Kelly and his co-researchers at the Solar Energy Research Institute “identified in 1985 that the source of annoyance for the residents living near a single downwind bladed turbine was ‘impulsive infrasound and low frequency noise, which resonated within the building structure.’”
http://waubrafoundation.org.au/resources/laurie-s-wind-turbine-noise-adverse-health-effects-and-professional-ethics/ 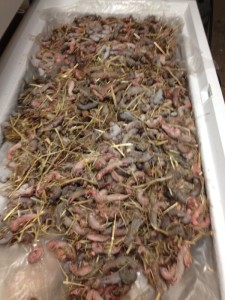 Mark Duchamp, also Chairman of World Council for Nature, reported that Denmark, EU’s leader in mink farming, lost millions of kroners in “damaged pelts when wind turbines started to operate near a mink farm. The animals became aggressive, attacking one another, and resulting in many deaths.” http://www.maskinbladet.dk/artikel/tidligere-miljominister-vil-aendre-vindmollebekendtgorelse

Duchamp reported on June 7, 2014 that 1,600 minks were born prematurely, with deformities, or dead. With the farmer’s permission, he posted pictures of the fetuses. Four 3-Megawatt turbines, VESTAS model V112, 140 m in height, were installed 328 m away from the farm. http://wcfn.org/ 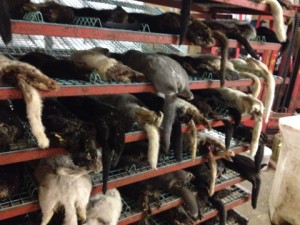 Because the only major change in the farm life of these minks who died or miscarried en masse in mysterious circumstances in two separate incidents (one of which was described to a parliamentary committee on wind farms), and disease was ruled out, it was speculated that the installation of wind turbines was the only culprit. Duchamp said, “low frequency vibrations emitted by wind turbines can cause serious ill-effects on health, including altered behavior, deformities, miscarriages, and premature births.

In spite of the fact that wind and solar energy are not reliable, depending on fossil energy during down times, kill millions of birds, including our national bird (an estimated 2,300 golden eagles over the past 25 years were killed at Altamont Pass, California), harm animals and their fetal development, and affect human health in many ways, Democrats, including those now in charge in Virginia, are going full-steam ahead with their environmentalist agenda through executive orders and EPA regulations.

Update
The farmer petitioned the government to move his mink farm further away from the four wind turbines on his own land but his permit was denied.