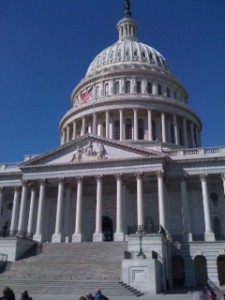 Photo credit: Ileana Johnson 2012
The Congressional Research Service has been driving the legislative debate since 1914, giving our Congressmen information on various topics. The latest report on October 3, 2014, entitled, “Ebola: Basics about the Disease,” by Sarah Lister, Specialist in Public Health and Epidemiology, provides the following information obtained from the Centers for Disease Control and Prevention (CDC) and the World Health Organization (WHO).

1. Ebola outbreak began in December 2013 in Guinea and spread to Liberia and Sierra Leone by March 2014.
2. Ebola virus is a filo-virus named after the Ebola River in Zaire, with five different strains; the Zaire strain is causing the current outbreak.
3. Fruits bats are considered the most likely “reservoir” of the virus which is spread to humans through contact with infected animals.
4. Human to human transmission occurs through “direct contact with body fluids or contaminated objects such as medical equipment.”
5. “It cannot be spread through the air” like common cold viruses or influenza.
6. Healthcare workers and family members that care for EVD patients “have a high risk of infection.”
7. Incubation period in humans, from exposure to onset of symptoms, “varies from 2 to 21 days, with an average of 8 to 10 days.”
8. Survivors still have Ebola virus and “remain contagious for several months after infection even though symptoms are no longer present.”
9. Symptoms include “high fever (greater than 101.5 degrees F), severe headache, muscle pain, weakness, diarrhea, vomiting, abdominal (stomach) pain, and unexplained hemorrhage (bleeding or bruising).”
10. Lab tests are available to detect the disease but they often show false negative in the incipient infection.
11. Patients can be isolated in a medical setting (to separate ill people from healthy people) or quarantined at home (to restrict movement of people who are well but may have been exposed).
12. The fatality rate of Ebola “exceeds 50 percent.” The World Health Organization (WHO) reported the current outbreak fatality in West Africa to be 70.7 percent in Guinea, 72.3 percent in Liberia, and 69 percent in Sierra Leone. Patients in hospitals had a death rate of 61-67 percent.
13. Transmission prevention can be done by avoiding contact with body fluids of those infected. “EVD is not likely to be easily transmitted in community settings in the United States.” Caregivers and healthcare workers “face considerable risk of transmission.” Protective gear, “liberal disinfection, and careful handling of human remains and contaminated objects are essential.”
14. No therapies and vaccines against EVD have been approved by the Food and Drug Administration.
15. “WHO assumes that EVD-specific therapies and vaccines will not be available in sufficient time or amount to quell the current outbreak.”
16. Oral and intravenous fluids are administered to maintain hydration as well as blood transfusions to replace the loss of blood from hemorrhage.
17. Some victims received serum and plasma from EVD survivors in order to provide antibodies. “The effectiveness of this approach has not been demonstrated.”
18. WHO said that testing unproven therapies on human subjects, although it raises ethical questions, is warranted in the current outbreak. Experts in the medical field disagree.
19. WHO warned on September 22 that by early November there will be 20,000 people infected with Ebola Zaire.
20. The CDC warned that in the worst case scenario, the case count projections will be 1.4 million by January 20, 2015. http://fas.org/sgp/crs/misc/R43750.pdf

Lister concludes her report, “In light of concerns raised by the introduction of EVD into the United States, the CDC Director has said that these concerns can best be alleviated by controlling the outbreak in West Africa.”

This begs the questions, why is the United States not closing all flights from the affected areas, and why is it still issuing travel visas to citizens from Liberia, Sierra Leone, and Guinea who want to come to the U.S.? Travel is a privilege, not a right.

2 thoughts on “What Congressmen Are Told About Ebola”