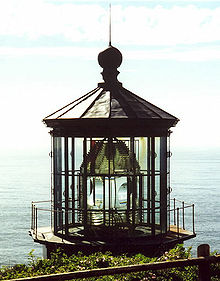 Cape Meares Photo: Wikipedia
America used to be the country of freedom where people dreamed of immigrating to if only they could get a passport, a visa, enough money to fly or sail across the ocean, if only the border guards would not arrest them in the U.S. if they had no papers, if only the military guards in their own countries would not shoot them on sight.
Cubans have risked their lives for decades to cross the 90 miles into Florida, fleeing a life of communist dictatorship, and a life of oppression and imprisonment in Castro’s regime, sometimes drowning in makeshift dinghies and other crafts, close to the shores of freedom, a beacon so close to the dirty fog of communism.
The drowning death toll in 2015 of immigrants from Libya, trying to reach the shores of Europe, has climbed to 1,500 according to the Guardian. http://www.theguardian.com/world/2015/apr/19/700-migrants-feared-dead-mediterranean-shipwreck-worst-yet
Other reports describe the murder of African Christian immigrants sailing to Europe on same boats with African Muslims. They were slaughtered by Muslims during the voyage on the Mediterranean. Some survived to tell the gruesome tale when rescued.
If they could only survive all these trials and tribulations and have enough skills necessary to fend for themselves financially, not become a ward of the state the moment they entered this shiny city on the hill, their dreams would come true. Those were the distant dreamers of the 1970s. The Beacon of America was awaiting talent and skills from around the world to contribute to a nation of citizens, not a nation of immigrants with allegiance to their former countries.
Now the President’s Dreamers are the “anchor babies” birthed on American soil by illegal mothers who cross the border, fly in their last month of pregnancy, or visit Disney World; the Dreamers are the illegals bussed or flown in by our administration and fanned across the country overnight because we are not diverse enough; the Dreamers are the Syrian and Somali “war refugees” who are brought in each month and dumped unceremoniously on unsuspecting small towns; the Dreamers are the drug gang members who are allowed into the country, no questions asked; the Dreamers are mostly uneducated, illiterate in their own language, and placed immediately on welfare, an undue burden on Americans who are struggling with unemployment, underemployment, and a bad economy.
It used to be that America wanted the best and the brightest immigrants who were willing to work, to assimilate, and to pledge allegiance to our country, to be useful to society, to make it better. That is no longer the case.
America was a tolerant Christian country full of patriotic Americans who loved their country. We keep hearing from progressives that we are a nation of immigrants. As Mark Levin said, we are not a nation of immigrants; we are a nation of citizens. Now it is on the slippery road of Western Europe which has allowed a deliberate failed multiculturalist policy to destroy many countries that find themselves now overrun by Muslim zealots who have only one scope in mind, to establish a world caliphate and to convert by any means necessary all the infidels to Islamic theology and theocracy.
Unchecked diversity and tolerance is destroying our western culture, replacing it stealthily with Islam and Sharia Law. Look at all the proselytizing for Islam lessons in our high schools across the country and the many chapters devoted to Islam in World History, while Christianity is hardly mentioned in the curriculum. Was it not progressives who demanded for decades the “separation of church and state” and now they have written Common Core textbooks to indoctrinate our children into Islam? The social engineering architects of this Islamic invasion into the U.K. are now coming to the U.S. to repeat their plans of destroying America as well. http://www.dailymail.co.uk/news/article-1249797/Labour-threw-open-doors-mass-migration-secret-plot-make-multicultural-UK.html
If Islam is not the curriculum topic in social studies, English, or history, it is the indoctrination into the green religion of environmentalism, of Gaia, or Mother Earth, masqueraded as climate change. Skeptics are labeled terrorists. America had the best universities in the world where dialog and divergent thoughts and creative minds worked together to make things better for the world. Universities are now bastions of progressive intolerance where free speech and individual thought are stifled and persecuted.
There is nothing like the celebrated murderer and founder Ira Einhorn’s Earth Day to bring out the best and the not-so-brightest celebrants and worshippers of the global environmental movement – pretending to be green on the outside but rotten red on the inside. Just check out the photos of piles of trash they left behind around the National Mall in Washington, D.C. this past weekend.
Copyright: Ileana Johnson 2015