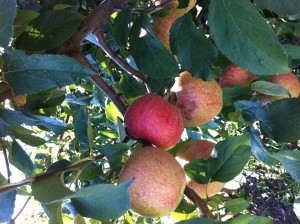 Photo: Ileana Johnson
As if adding Common Core to the nation’s standardized education system was not damaging enough to our dumbed down indoctrination system, progressive academics are now pushing to eliminate a failing grade.

Washington Post wrote that, in Maryland, “Prince George’s County is weighing in changes that would soften its stance towards late work and bar teachers from giving students zeroes for assignments.” https://www.washingtonpost.com/local/education/is-it-becoming-too-hard-to-fail-schools-are-shifting-toward-no-zero-grading-policies/2016/07/05/3c464f5e-3cb0-11e6-80bc-d06711fd2125_story.html

As Washington Post reported, “The county has long languished as one of the worst-performing school districts in the state, but it has seen modest improvement in a number of academic measures in recent years.”
https://www.washingtonpost.com/local/education/high-school-graduation-rates-fall-in-prince-georges-county-but-improve-statewide/2013/10/30/0fb73298-417f-11e3-a751-f032898f2dbc_story.html

Progressive are now wrestling with the idea of socially-engineering school grades to help with the social promotion of more students because academics, in their finite wisdom, cannot decide if grades should show:

1. Punishment
2. Motivation
3. Representation of what a student has learned or not learned in class.

In Virginia’s Fairfax County Schools, one of the largest school systems in our nation, a new policy dictates that no middle and high school students can earn a lower score of 50 if “they make a reasonable attempt to complete work.” The problem is, who decides what is ‘reasonable attempt,’ what is the exact definition, and how will it be measured.

How subjective will this evaluation be and what do the rest of the students think who have actually done their work on time and how does it devalue their efforts? In the end, why try at all if failing students will be passed anyway?

High school teachers, who were going to fail a student, had to reevaluate the grade by using “quality points,” changing an F into something else, less damaging to the student. In other words, let’s give Johnny an award for just walking across the stage without tripping too many times.

In Prince George’s County in Maryland, administrators are limiting failing grades to 50 percent minimum when the student shows a “good-faith effort,” another subjective evaluation. What is “good faith?”

Educators who have contributed continuously to the demise of our education system believe that rewarding failure actually helps students climb out of mathematical doom and prevent them from dropping out before graduation. What is the point of graduating someone who has learned precious nothing, can barely read or write, but was socially promoted?

Good teachers know that grades can be a wonderful tool to motivate a student to try harder, to be more diligent, and thus prepare them for college and work. Hiding failure by boosting unearned grades is a disservice to students who do not have basic subject matter knowledge to succeed later on in life or in college and a disservice to the other students who actually work hard to earn their grades and might eventually put forth less effort themselves.

The leftist academics argue that “not everyone learns the same way or at the same pace,” which is true, however, let’s not mix ‘how one learns’ with ‘completing assignments on time’ and ‘performing well or poorly on tests.’

Michael Petrilli, president of the Fordham Institute, said, “It reflects the soft bigotry of low expectations around student effort and student behavior.” Students learn fast that “hard work and homework are not important.” He continues, “Is it because we think certain groups of kids aren’t capable of them?”

Rick Wormeli said that test retakes and changing the grading system are being considered at more than half of U.S. schools. Some educators believe that “a score of zero is mathematically unjust.”

Gregory Hood, principal of James Madison High School in Fairfax County said, “A zero provides no information about what a student has learned, and it negatively impacts a student’s grade when averaged with other grades.”

I would like to elucidate his quandary, it’s quite simple to understand – the student has learned nothing in that assignment therefore his knowledge is worth zero. And yes, a zero on an assignment does change a student’s overall grade, and it should, it does not “distort” a student’s grade, it merely reflects the lack of effort and of learning. Furthermore, one poor grade is not impossible to overcome.

Some schools base grading on standards, on what students actually learn, not on work habits, student effort, punctuality, or homework. Fairfax County permits students to turn in work late, retake major exams if the score is below 80, and homework can only count 10 percent of a student’s grade. In other counties behavior and attendance are not factors in grades.

Some college classes require attendance and a certain number of absences will severely affect a student’s grade. Why would you pay so much tuition to learn and then skip classes? On the other hand, if you have a progressive teacher who brings his/her ideology and political affiliation to class and punishes students who dare to show their divergent views and beliefs, why come to class to be subjected to harassment every time?

Ultimately lazy students will learn to “game the system” and manage to pass without much effort.

As a former teacher, I believe that grades should reflect a student’s work ethic, habits, preparation for class, oral participation in class, and turning in work on time because meeting deadlines and a good work ethic, whether academic or not are part of the fabric of a future adult in the real world who must be accountable for their actions. There are not many re-dos for botched jobs that cost lives and money in the real world. An incompetent person is usually fired.

Thomas R. Guskey, Professor of Education, suggested a new grading system. One grade should be for ‘content mastery’ and another grade for ‘process criteria,’ such as student collaboration, participation in class discussion, turning work on time, etc.

I would like to be treated by a doctor who excelled at ‘content mastery’ and skill rather than collaboration or participation in classroom discussion that is many times counterproductive to learning when students stray from the topic at hand because they want to kill time before the bell rings.

Theresa Mitchell Dudley, president of Prince George’s County Educators’ Association, is quoted as saying, “We have no problem being fair to students. But if they are not doing the work and not performing, and we give them a grade they did not earn, how does that make them college and career ready?”

Let’s make the grades soar through these half-baked ideas, while the students’ actual achievement will plummet and schools will become even more mediocre than they really are.

Do we want EMTs and police to arrive late because that’s the work ethic they learned in school? Do we redo a collapsed bridge built by people who failed at simple mathematical calculations and measured something incorrectly or made a mixture of concrete too brittle?

Ultimately, this new grading policy trend is intended to further erode society by teaching students to avoid accountability, which is now an endemic problem in our country, and to promote mediocrity, negligence, and indolence.

2 thoughts on “Failing Is not an Option, but No-Zero Grading Is”