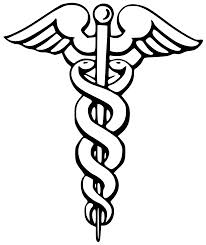 Healthcare is not a right, it is a service provided by doctors and nurses who went to school to learn how to care for a sick human being. And they expect to be compensated for their services. Surely you would not expect your mechanic who learned how to fix your car, repair it for free, because it is your right to have a running vehicle.
Health insurance is not a right either, it is also a service. Can you control what an insurance company does and what pricing systems they use? Can you control what government does now that they are in charge of your socialized health insurance and healthcare, including the 15-member death panel?
We know the Senate does not care about Americans’ health insurance premiums and the quality of their healthcare. If they did, they would not have passed without reading and then failed to repeal the Affordable Care Act (Obamacare), socialized medicine under government control. Passed by Democrats in the dead of night, and deemed by the Supreme Court a tax, ACA became a burden for Americans who were mostly satisfied with their previous premiums and their healthcare delivery. Sure, there were improvements necessary but not an entire overhaul worth trillions.
What good is having a shiny insurance card that says you are entitled to Obamacare but that care is denied to you when doctors are not taking your insurance, the quality of care is very poor, procedures are denied due to rationing and age, and your deductibles shot through the roof?
Like most Americans, who saw their health insurance premiums skyrocket and their care worsen since 2010, I am confused why politicians are forcing this monstrosity called Obamacare on us. Congressmen have exempted themselves from Obamacare and are protected by their own private plans but the rest of us will eventually have to suffer under the socialized medicine of the type that sentenced baby Gard to death in the U.K.
Seniors are already treated like “units” in hospitals. My mom was recently the victim of Obamacare in one of the alleged best hospitals in Northern Virginia. She was kept solely on IV fluids for three days, even though she is skin and bones, so that she would not throw up and force doctors to give her the upper GI and endoscopy tests she needed. Instead, they treated her for a bladder infection which was not the reason why she had been brought to the ER – she was vomiting blood and had stroke level BP. She was crying for solid food!
Her doctor explained to me that they could not do the upper GI and endoscopy because the radiology group located in the hospital gave priority to outpatients, unless an inpatient was currently bleeding and/or vomiting. She vomited but they ignored her. Was it because she is 85 years old and an Obamacare “unit” and not worth spending the money on, or was it because she is a legal immigrant?
She was starved for three days and her important medicines for conditions like blood pressure and dementia were not administered, causing a serious relapse in her physical and mental condition. This is medical abuse when you tell a patient that comes into the ER with serious symptoms that they cannot have procedures except on an outpatient basis at a later date and withhold important meds that they are currently on.
No amount of protests, complaints, or inquiries on my part made a difference. This is what happens under socialized medicine when bureaucrats who know best make life and death decisions over us and our loved ones.
Mom lived under the boot of communism and escaped to this country in her late forties. The communists stripped her of everything she had ever earned, owned, and saved, including her pension after 30 years of work. She was not even given my dad’s pension. She lived here for over three decades under relative freedom. It is sad that now, in her twilight years, she is made to suffer again and will die under the neglect of socialized medicine that allocates funds to more productive individuals. Mom was productive too in her younger years.
Little Charlie Gard lost his battle with socialized medicine rationing in the U.K. Those who are unable to protect themselves, children and the elderly, are the first victims of socialized and rationed medical care because they cannot defend themselves. The way we treat seniors, the weak, and the most vulnerable speaks volumes of our lack of civilization and compassion. We should protect wildlife and our habitat but it seems that we care more for minnows and polar bears than we do human beings.
Mom lost five pounds she could not afford to lose while in hospital care for three days. They were more worried that she might fall than her actual survival. She was not fed anything for three days except water and IV antibiotics. She was lucky to have gotten out with her life.
It is bad enough that some elderly are physically abused in nursing homes and/or neglected by underpaid and understaffed medical personnel; they must now suffer the indignity of denied hospital medical care in the rationing environment of Medicare and Medicaid that were shortchanged in order to help fund Obamacare, and by the scarcity of doctors and nurses created by Obamacare.
So much for the unaffordable Affordable Care Act that provides substandard medical care and offers expensive insurance premiums to Americans who are now faced with huge deductibles each year, possible loss of insurance, and fines by the IRS for non-compliance.

4 thoughts on “Obamacare Socialized Medicine Rationing and the Elderly”