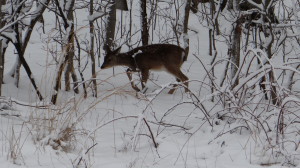 The U.S. Government Accountability Office (GAO) publicly released a 36 page review on August 25, 2014 about the regulatory impact the “development of social cost of carbon estimates” would have on our economy and what methods the developers used to assess the social cost. www.gao.gov/assets/670/665016.pdf
The Office of Management and Budget (OMB) and the Council of Economic Advisors led a working group composed of four offices from the Executive Office of the President (EOP) and six federal agencies: the EPA, the Departments of Agriculture, Commerce, Energy, Transportation, and the Treasury. The working group had expertise in economics, climate science, and academic modeling.
“Social cost of carbon, measured in dollars per metric ton of carbon dioxide, is the monetized net effects (damages and benefits) associated with an incremental increase in carbon emissions in a given year.” Estimates vary widely depending on how data is used and what computer modeling calculates them.
The use of the word “carbon” is deceptive. Carbon is a chemical element whereas carbon dioxide (CO2) is a gas exhaled or released in the atmosphere, the gas of plant life found to be in a concentration of 0.04 percent.
Damage categories can include projected changes in net agricultural productivity, human health, and property damage from “increased flood risk due to increased carbon emissions.” The first legitimate question that pops in my mind is, in a truly scientific study, how do you control for other variables that affect agricultural productivity, human health, and property damage in order to tell with accuracy that carbon dioxide is the culprit?
The methods used by the working group were based on three values:
1. Decisions were made using “overall consensus” when developing the 2010 and 2013 estimates.

The EPA, with help from the model developers (the academics), calculated the estimates once the group “reached agreement.” Model assumptions and features were not changed, only updated to incorporate new scientific information such as “sea level rise and associated damages.”

Three different models converted carbon dioxide emissions scenarios into changes in greenhouse gas concentrations in the atmosphere, then the gas concentration changes into temperature changes, and finally temperature changes into damages and benefits. Each of the three models used its own method to estimate the above effects.
The three models are cited often in peer-reviewed literature and by the United Nation’s Intergovernmental Panel on Climate Change (IPCC) in its climate assessments. (p. 13)

The three key inputs used to run each model were:
– scenarios for future population and economic growth
– how the climate responds to increased concentrations of greenhouse gases in atmosphere
– discount rates.
The discount rates of 2.5, 3, and 5 percent were chosen to reflect the current academic literature because there was no “consensus” about the appropriate rate. It seems rather arbitrary and non-scientific to leave out so many other variables. GAO’s report says that “academic literature shows that the social cost of carbon is highly sensitive to the discount rate chosen,” but there is no consensus on the appropriate rate.

3. Disclosures about limitations and incorporation of new information.
The Technical Support Document suggested that estimates should be revisited when “substantially updated models become available.” Decisions are thus made using imperfect “scientific consensus.” Consensus does not constitute fact, it is just an opinion.
Executive Order 12866 directed federal agencies to make public the economic effects of their proposed “significant regulatory actions,” and to disclose if the regulation’s benefits justify the cost. (EO 12866, 58 Fed. Reg. 51,735, September 30, 1993)
DOT was told by a federal appeals court in 2008 to “update a regulatory impact analysis with an estimate of the social cost of carbon.” The social cost referred to was the “dollar value of the net effects (damages and benefits) of an increase in emissions of carbon dioxide, a greenhouse gas.” (GAO-14-663 Social Cost of Carbon)
The DOE, the EPA, and DOT developed separately estimates of the social cost of carbon, derived from academic literature; they ranged from $0 to $159 per metric ton of carbon dioxide emitted. Some estimates included domestic and global cost. The median value for the social cost of carbon emission per metric ton was $19 (in 2006 dollars), calculated by using five different discount rate scenarios. (GAO-14-663, Social Cost of Carbon, p. 6)
Academics agreed by “consensus” and “settled science” that carbon dioxide is a “major contributor to climate change.” Carbon dioxide, methane, nitrous oxide, and fluorinated gases trap heat in the air and prevent it from returning to space.
According to GAO, the working group consulted with the lead authors of a chapter on climate change sensitivity that appears in The Fourth Assessment Report of the Intergovernmental Panel on Climate Change.http://www.ipcc.ch/publications_and_data/publications_ipcc_fourth_assessment_report_synthesis_report.htm
GAO pointed out that “none of the three models accounts for damages from wildlife loss or ocean acidification caused by carbon dioxide emissions.” The jury is still out on ocean acidification being caused by atmospheric CO2.
“The models cannot completely predict how technology may adapt to warmer temperatures.” Some models factor damage from sea level rise. The report continued, … “the models may not fully consider the effects of damages due to potential catastrophic events, such as the melting of Antarctic ice sheets,” resulting in underestimating damages from increased carbon emissions. (pp. 18-19)
In 2007 Al Gore predicted, “The ice cap is falling off a cliff. It could be completely gone in as little as seven years from now.” In the last two years, the Summer Polar Ice cap has grown by 43 percent, an area of 5.62 million square miles from the previous 3.91 million square miles on August 25, 2012. Climate Depot showed remarkable satellite images from the University of Illinois Cryosphere project. Marc Morano quoted Judith Curry, professor of earth and atmospheric sciences at Georgia Institute of Technology in Atlanta, who said, “The Arctic Sea ice spiral of death seems to have reversed.” http://www.climatedepot.com/2014/08/30/paper-myth-of-arctic-meltdown-stunning-satellite-images-show-ice-cap-has-grown-by-an-area-twice-the-size-of-alaska-in-two-years-despite-al-gores-prediction-it-would-be-ice-free-by-now/

Does this “consensus” modeling deal with cooling temperatures? Does modeling value other greenhouse gases? Does it factor in the increased ice surface? Has the modeling been independently reviewed?

At the end of the day, consumers are going to pay more taxes and higher prices for all goods and services because of “consensus” global warming and its social costs as determined by omnipotent governments, academicians, and the United Nation’s IPCC. The science is not settled but the fix on our pockets is.