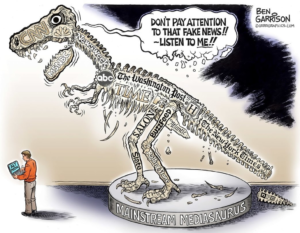 Cartoon by Ben Garrison
A widely circulated email from the IAC Solidarity Center action alerts described in great detail how the radical left is going to disrupt President Trump’s inauguration and potentially his entire administration. Calling themselves #J20RESIST, with the mantra of “WE REFUSE! NO PASARAN!” (Spanish for “You will not pass”), they want to “shut down Trump’s inauguration” and disobey future law and order.
The leftist group has initiated “buses and carpools from over 15 cities” to protest in D.C., and “for actions across the U.S.” They also “launched a call for global action against Trump on January 20th.”
In order to disrupt law and order, they have applied for rally permits and “have planned a march on the White House during Trump’s parade.”
Just in case there are clashes with the police, which often happen when the violent left marches “peacefully,” they have “plans in place for legal observers, jail solidarity teams, if there are any arrests during J20, medical teams, mass housing at local churches and working with the press the best we can to get our revolutionary message out.”
If there was ever any doubt that churches are aiding and abetting the violent and anti-American activities of the left, this mass email makes it very clear.
Their plans are to gather at Union Station, at the “Anti” Columbus Circle at 6 a.m. (here we go again with the vilification of Christopher Columbus) and to march at 10 a.m. to the White House with a planned rally in McPherson Square, a block from the White House.
Their go-fund-me website is asking the rabble-rousing anti-Americans from across the nation to donate $25 to get an extra seat on the bus from New York to Philadelphia or a $60 donation to “mobilize” (an oft-used word by communist community organizers) people from North Carolina and Detroit.
J20Resist is “mobilizing” to “fight Trump and the whole capitalist system.” They hope the “Anti-Trump struggle grows into a struggle against the entire system of capitalism, white supremacy, LGBTQ bigotry, oppression of women, attacks on migrants, police terror, union-busting, and more!” In their bizarre and anti-American quest, they enumerate the following groups that assist them:
– BAYAN Philippine coalition
– Committee to Stop FBI Repression
– DisruptJ20
– Freedom Road Socialist Organization
– International Action Center
– Michigan Emergency Coalition Against War & Injustice
– Moratorium Now
– Pakistan USA Freedom Forum
– Peoples Power Assembly
– Philly Real Justice
– Semidoun Palestine Prisoners Network
– Solidarity Center
– Solidarity Iran
– Students for a Democratic Society (read anarchy and chaos)
– Team Solidarity
– United American Indians of New England
– United National Antiwar Coalition
– USW Local 8751 Boston School Bus Drivers Union
– Why Accountability
– Women’s Fightback Network
– Workers World Party
Aside from the fact that these organizations are asking for anarchy, chaos, mob rule, socialism, and the disruption of the rule and law, they wish to transform this “rage against Trump,” (you lost the election, buttercup snowflakes, fair and square, multiple times) into a “stronger, pro-war stance against Russia.” This violent left wants war with Russia and demands “jobs, health care, education, justice for migrants and people of color, and an end to militarism and war.” It is pathologically insane to want war with Russia but to demand an end to war at the same time.
Last but not least, they don’t buy the fake news and lies created by their own leftist main stream media, which are distractions from this group’s stated real goal, “creating a revolution to end the rule of the two parties of capitalism.” http://www.workers.org/j20/