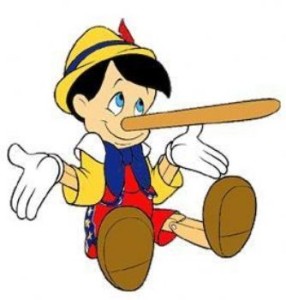 The #resist movement in this country started, by their own website admission, fifty years ago with the protest against the war in Vietnam. Today, they are resisting with vile language and actions our President Trump, his administration, police, all rational Americans who do not believe in anthropogenic global warming/climate change, our borders, our sovereignty, free markets, and anything rational that involves thought instead of rabid feelings. ANTIFA, a very fascistic organization, and BLM, a very racist organization, and pink vagina-hats women, are the most prominent and visible groups of the #resist movement.
Resistors are hateful, cowardly, but violent individuals who often engage in barking to the sky episodes, howling at the moon, or just dressing like lunatics, twisting in animalistic rituals as a form of protest art. When they are not busy shooting and killing cops, blocking interstates, highways, fire trucks and ambulances, they are trashing and burning neighborhoods and businesses of hard-working Americans.
Resistors have been indoctrinated and deluded into believing that humans caused climate change. Resistors, who often reside in their parents’ basements, feel that Trump is the worst president in history because communist community organizers created a caricature image of him as the devil and have sold this caricature to their mindless, pot-smoking followers who have never been able to pass a real science or math class, held a job other than baristas, but excelled in community organizing, fascistic feminism, social justice, racial division, and other useless college majors. Resistors collectively consider this caricature of Trump real.
Reality and sound judgment have long left the brains of resistors, washed and steeped in lies promoted non-stop by socialist public school teachers and college academia.
The #resist movement has become a world-wide phenomenon because communist community organizers, enabled by international and national NGOs with lots of money to burn from billionaires like Soros, have spread around the world to infect the young masses with their collectivist revolutionary message, carefully tailored to the local culture. If they are good at anything, community organizers know how to package lies and how to persuade the weak-minded that their carefully crafted rhetoric and euphemisms are true.
The U.S. resistors are big supporters of illegal immigration by using the argument that this country was built by immigrants. Yes, it was built by LEGAL immigrants, not people who crossed the border illegally by breaking our laws, or who came to deliver their babies in this country in order to gain access through anchor baby citizenship.

None of the immigrants who built this country demanded special rights and status as the illegals demand today with their powerful lobby and their Congressmen openly supporting illegals instead of the wishes of their constituents, the American citizens who elected them.
Ellis Island was teeming with LEGAL immigrants, fresh off the boats, who had to be screened in order to enter this country, learn English, and pass the health inspection or else be quarantined or sent back to where they came from.
No LEGAL immigrant was coming here for welfare benefits, to demand citizenship, equal benefits with American citizens, and to change our society to accommodate the hell-hole they escaped from.
America did accept the tired, the poor, the wretched of the world, but they were hard-working and healthy individuals from around the world, who shared the common goal of building America, not dismantling it in order to turn it into a basket case of communism and fascism.
The #resist movement in Eastern Europe is much more complicated. Consider the protesting young resistors in Romania. The founder is credited to be Andrei Rosu, a millennial long distance and high endurance runner. He had high hopes for the nascent democracy after 1990; after 27 years, he expected a competent, non-corrupt political system and government. Now on social media, the #rezistenta movement is “cooperating with NGOs” and talking about creating a party to represent them in Romania’s parliamentary elections.
Rosu said, “This beautiful country must be administered by honest and correct men, who do not lie, steal, who are interested in the people’s fate… When there is no more political theft, funds will be available for schools, hospitals, highways, etc.” He lamented that too many Romanians have left the country, a mass exodus of hard-working and highly educated people.
http://www.ziare.com/stiri/proteste/andrei-rosu-a-creat-rezistenta-spunem-nu-compromisurilor-nu-vrem-sa-ne-obligam-copiii-sa-treaca-prin-ce-am-trecut-noi-1454614