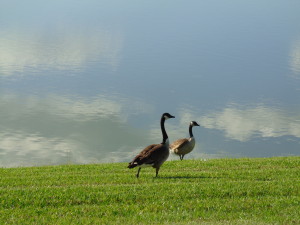 Photo: Ileana Johnson 2015
The regime’s main stream media purposefully ignores the latest renewable energy news and events while bombarding us non-stop with gay issues, Christian bashing, manufactured “white privilege” stretching to the nude color of bras and Band-Aids, and “black lives matter” idiotic disruptions of restaurant patrons around the country, patrons that have nothing to do with the black on black crime in areas such as Chicago.
Mark Duchamp, Chairman of World Council for Nature, reported on the dangerous effects wind turbines in Australia have on animal farms located in the vicinity of wind farms. “Life near turbines is hell, according to a panel of south-west property owners who have battled against wind farms for the best part of a decade.” http://wcfn.org/2015/04/02/wind-farms-deformities/
According to The Standard in Australia, farmers complained to a Portland panel that there is a need to shut down wind turbines at night across Australia, referring to their personal health and health impacts on their livestock. “The number of deformed lambs increased over the period of the wind farm operating near our property. The lambing rate in our merino stock decreased to a rate of 37 percent from 85 percent prior to the wind farms being established.” http://standards.net.au/story/2983411/turbine-neighbours-tell-of-their-hell/
I have written before about disruptions in ovulation, miscarriages, birth defects in mink farms and sleep issues with workers and ranchers who tended these mink farms in Denmark. http://ileanajohnson.com/2014/06/wind-turbines-and-negative-effects-on-animals/
The much praised and promoted smart meters that were supposed to form a “self-healing” and “resilient” smart grid turned out to be a nightmare for many, particularly for 5,800 residents of Stockton, California whose smart meters exploded simultaneously when a truck ran into a utility pole, causing a power surge. http://sacramento.cbslocal.com/2015/03/30/stockton-smart-meters-explode-after-truck-causes-power-surge/
Josh Del Sol reported that the “catastrophic failure of these PG&E ‘smart’ meters – which are not approved by Underwriters Laboratories (UL) – not only damaged meter bases and other homeowner property, but left those 5,800 customers without power.” http://takebackyourpower.net/news/2015/04/01/hundreds-of-smart-meters-simultaneouly-explode
According to Take Back Your Power, following fires in Portland, Oregon, Lakeland, Florida, Arizona, and Ontario, the province of Saskatchewan ordered in July 2014 the removal of all 105,000 smart meters.
Josh Del Sol wrote that, following another power surge in Palo Alto, California which ignited 80 smart meters, The Utility Reform Network (TURN) stated through its representative: “In the collective memory of TURN, we have not seen similar incidents with analog meters.”

I dedicated four chapters to smart meters in my bestselling book, U.N. Agenda 21: Environmental Piracy. The smart meter program is a massive data collection without the customer’s authorization or a judge’s warrant. Smart meters are expensive, have a short life-span when exposed to sunlight and heat, but the government gives generous subsidies for their installation. http://www.amazon.com/U-N-Agenda-21-Environmental-Piracy-ebook/dp/B009WC6JXO/ref=sr_1_1_twi_2_kin?s=books&ie=UTF8&qid=1427990151&sr=1-1&keywords=UN+Agenda+21%3A+Environmental+Piracy
The smart grid is part of “the internet of things,” a way to control your smart appliances, your energy consumption, shutting down your electricity at will by the utility company, it does not save electricity, on the contrary rates and bills have gone up despite of consumption remaining the same, monitoring your every activity in the home, hacking vulnerability, and health issues associated with involuntary exposure to round the clock pulsed microwave radiation.
On March 27, 2015, the United Kingdom issued its IoD Policy Report written by Dan Lewis and Jamie Kerr on smart meters deployment, “the largest UK government-run IT project in history and the most expensive and complex programme in the world,” with the title, “Not too clever: Will Smart Meters be the next Government IT disaster?” www.takebackyourpower.net/wp-content/uploads/2015/03/Smart-meters-Not-too-clever-1-IoD.pdf
This smart grid plan is sold to the entire electrified planet under the guise of climate change, protecting the environment through green environmentalist action, and the wireless “convenience” and “modernization.” The reality is that collecting data in real time, non-stop, and selling it to third parties is more lucrative financially than the entire utility industry.
Michael Thompson, wrote that a new study, released by the Thomas Jefferson Institute and researched by economists at the Beacon Hill Institute in Boston, revealed that under the new stringent EPA regulations, Virginia will have to reduce CO2 levels 38 percent by 2030 at a cost of $1.7 billion, resulting in a loss of 38,000 jobs and electricity rate increases by 25 percent. “And the impact on our environment – the reduction of CO2 – will be almost negligible.” www.thomasjeffersoninst.org/files/3/EPAStudy_March 2015.pdf
A Max Planck Institute for Meteorology study by Bjorn Stevens found “that aerosol radiative forcing is less negative and more certain than is commonly believed.” http://journals.ametsoc.org/doi/abs/10.1175/JCLI-D-14-00656.1
Bjorn Stevens found that “the magnitude of the cooling effect from anthropogenic (man-made) aerosol emission during the late 19th and 20th century was less than currently believed, which eliminates the support for the high-end negative estimates (such as those included in the latest assessment of the U.N.’s Intergovernmental Panel on Climate Change (IPCC).” http://www.cato.org/blog/you-ought-have-look-climate-sensitivity-environmental-worries-are-trending-downward
The implications are that carbon dioxide must be causing less global warming than climate models predict. “Going forward we should expect less warming from future greenhouse gas emissions than climate models are projecting,” according to Cato Institute climate scientists Pat Michaels and Chip Knappenberger, a potential “death blow to the global warming hysteria.”
Tom DeWeese, President of the American Policy Center (APC), one of the main driving forces behind the battle to stop Agenda 21, is reporting that anti-Agenda 21 legislation has been introduced in several state legislatures, including Missouri, Montana, Maine, and potentially Louisiana. Concerned citizens and legislators will meet with Tom DeWeese in Florida, Pennsylvania, Ohio, Maryland, Louisiana, and Arizona.
The main stream media ignores, ridicules, or attacks the thorough research and tireless work of the American Policy Center (APC). Few citizens are even aware that there are direct ties between Agenda 21 and Common Core; Obamacare in our health care; gun control; illegal immigration; the manufactured global warming that is fleecing taxpayers worldwide; and “all the local ‘planning’ that is transforming our neighborhoods into ‘stack and pack’ high rise monsters; no cars, limited energy, no suburban housing, higher costs and shortages are all included in the future of Agenda 21 policy.”
In the progressive propaganda quest to push its gay agenda, the “black lives matter” race-baiting campaign, the cultural wars against Christian values and businesses, the fake “war on women,” the manufactured racial bigotry, and its welfare agenda of “social justice,” amnesty for illegal immigrants intent on changing the face of our “evil” capitalist society, the importance of our lives and freedoms as a society is marginalized and ignored.
Progressives do not realize in their monumental ignorance that they are supporting dark forces that will imprison them and eventually kill them for the very liberties they are falsely claiming that are under attack.