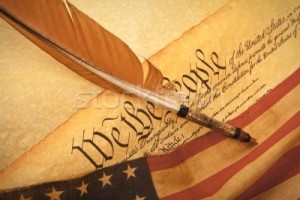 The Article V Convention Forum: Solution or Pandora’s Box was organized by a coalition of conservative groups and met on December 8, 2014 in Falls Church, Virginia. The moderator and one of the organizers, Sevil Kalayci, discussed the necessity of such a meeting since most of the conservatives who oppose an “Article V Convention” have been shut out of the debate by other conservatives with the exception of Danville, Henrico, and Fair Lakes Tea Parties. “The Convention of states has divided the conservative movement,” she said. Kalayci asked, “How do you enforce the Constitution? How do you enforce the amendments?”
END_OF_DOCUMENT_TOKEN_TO_BE_REPLACED