Photo: Ileana Johnson 2014
The area south of Buffalo, New York was buried this week in 76 inches of snow, quite possibly the largest 24-hour total in U.S. recorded history. At the same time, the desperate advocates of global warming/climate change are finding more novel ways to push their carbon dioxide reduction and carbon footprint taxation in order to redistribute the wealth from the United States to the rest of the world. END_OF_DOCUMENT_TOKEN_TO_BE_REPLACED 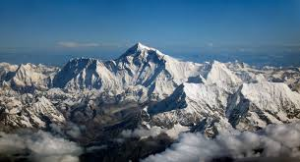 Environmentalists have switched their assault on the world economy to a new frontier, previously unaffected by their agenda – peaks, Mount Everest to be more specific, located between China and Nepal in the Himalayas. The 29,029 feet mountain is in danger. What is the crisis? According to the National Geographic team, the mountain is “overcrowded with inexperienced climbers and polluted with waste.”
The nature of the pollution includes human corpses, human excrement, garbage leaking from glaciers, abandoned equipment, and overcrowding. How crowded could it be? Mark Jenkins described at 26,000 feet the dangerous inconvenience of more than 100 climbers moving slowly, forcing everybody else to move at the same pace. END_OF_DOCUMENT_TOKEN_TO_BE_REPLACED

The Environmental Protection Agency (EPA), created in 1970, is the primary federal agency and key player with boundless authority to develop and enforce regulations to allegedly protect human health and the environment from harm caused by pollution. EPA regulations are issued based on the following Acts enacted by Congress:
END_OF_DOCUMENT_TOKEN_TO_BE_REPLACED