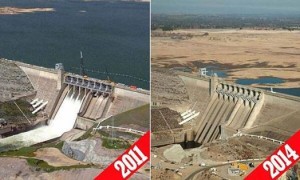 Folsom Lake
Photo credit: KTVU Channel 2
Another co-founder of Greenpeace, Patrick Moore, a Canadian ecologist who was a member from 1971-1986, told the Senate Environment and Public Works Committee, “After 15 years in the top committee I had to leave as Greenpeace took a sharp turn to the political left, and began to adopt policies that I could not accept from my scientific perspective. Climate change was not an issue when I abandoned Greenpeace, but it certainly is now.” He said that environmental groups use “faulty computer models and scare tactics in promoting claims man-made gases are heating up the planet.”
END_OF_DOCUMENT_TOKEN_TO_BE_REPLACED