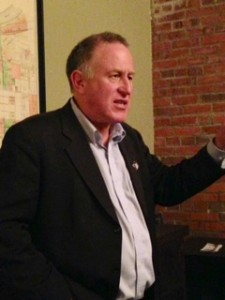 Brigitte Gabriel, founder and CEO of ACT for America, opened their annual conference in Washington, D.C. on September 10, 2014, with a rousing speech and a five minute lesson on Islam. END_OF_DOCUMENT_TOKEN_TO_BE_REPLACED

The keynote speaker at the ACT for America conference on September 11, 2014 was Judge Jeanine Pirro. ACT for America is a non-profit organization led by Brigitte Gabriel, author and terrorism expert.
Judge Pirro’s speech centered on the threat of ISIS, mirroring the non-profit organization’s goal of fighting Shariah Islamic Law in the United States and maintaining our freedoms and our Judeo-Christian foundation as intended by our Founding Fathers.
Echoed by many speakers during the three day conference, Judge Pirro challenged the deliberate misrepresentation that ISIS, the Islamic terrorist army alleged to number 30,000 in Iraq and Syria, is not about Islamic fanaticism. “If they’re not Islamic fanatics, what are they, Martians?” asked Pirro. END_OF_DOCUMENT_TOKEN_TO_BE_REPLACED