The recently installed speed tables around the mall are too high, the asphalt around is crumbling and deep pools of rain water are gathering around them as there is no proper drainage. These were totally unnecessary; on any given day traffic is backed up and very slow, nobody is speeding. They were installed to make it more difficult for people to use their cars to go shopping; the regional planners want residents to use the new metro line and the bus lines already in existence. They want to “nudge” Americans out of their cars. END_OF_DOCUMENT_TOKEN_TO_BE_REPLACED 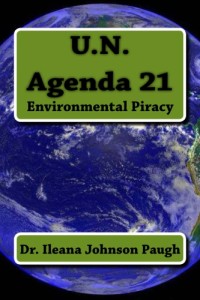 The One World Governance of U.N. Agenda 21, now morphed into U.N. Agenda 2030, requires that every societal decision be based on the environmental impact on global land use, education, and population control and reduction. END_OF_DOCUMENT_TOKEN_TO_BE_REPLACED 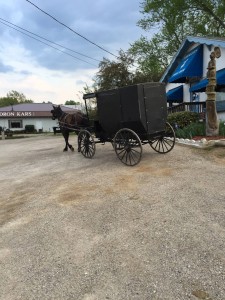 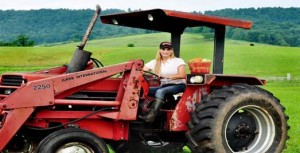 The State House voted 79-36 on February 4, 2015 on HB490 introduced by Rep. Becky Currie. “The State of Mississippi and all political subdivisions thereof shall not adopt, nor implement, the creed, doctrine, principle or any tenet of the United States Rio Declaration on Environment and Development and the Statement of Principles of Sustainable Development known as ‘Agenda 21,’ adopted at the United Nations Conference on Environment and development, held from June 3-14, 1992, in Rio de Janeiro, Brazil, or any other international law contravening the Constitution of the United States or the Constitution of the State of Mississippi.” A companion Senate Bill, SB2809 has been introduced by Sen. Melanie Sojourner. Other states have proposed similar bills, Maine, Wyoming, Washington, Tennessee, and Missouri. http://overpassforamerica.com/?p=4820 END_OF_DOCUMENT_TOKEN_TO_BE_REPLACED

Tired of land trust agents frequently abusing the public trust and the rights of property owners, Tom DeWeese, President of the American Policy Center, Martha Boneta, owner of Liberty Farm in Paris, Virginia and other major property rights advocates are organizing a property rights rally, conference, and an early morning hearing before the Virginia Outdoors Federation on November 6, 2014 in Richmond, Virginia at the Department of Conservation and Recreation. END_OF_DOCUMENT_TOKEN_TO_BE_REPLACED

I am not sure who coined the term “climate change industry” but it is an apt description of the snake oil salesmen who have become billionaires on the unfounded fear of debunked global warming and of climate change based on manufactured consensus science.
The climate has been changing for millennia in cyclical periods dominated by either unusually cold or unusually hot temperatures. It is convenient to the promoters of the climate change industry to deliberately confound weather events with climate. END_OF_DOCUMENT_TOKEN_TO_BE_REPLACED

I wrote last week about the assault on property rights by the comprehensive land use plans currently being developed around the nation, with identical goals and terms based on environmental protection, land preservation, conservation easements, and other elements found in Agenda 21, a document signed by 179 countries in 1992. http://canadafreepress.com/index.php/article/61542
END_OF_DOCUMENT_TOKEN_TO_BE_REPLACED

Humans have always desired to own a piece of land that could be passed on to their heirs. Once they acquired property for homestead or farming, men labored on their land under the assumption that it was theirs to keep in perpetuity.
END_OF_DOCUMENT_TOKEN_TO_BE_REPLACED

Martha Boneta never dreamed that she would be at the center of a battle in Virginia that will have implications for every small farmer in America. I have met her last year and wrote two articles (http://www.canadafreepress.com/index.php/article/52188) about her battle with the board of supervisors in Fauquier County. I have featured Martha in my book, “U.N. Agenda 21: Environmental Piracy.” (http://www.amazon.com/s/ref=nb_sb_noss?url=search-alias%3Dstripbooks&field-keywords=un+agenda+21+environmental+piracy+kindle)
END_OF_DOCUMENT_TOKEN_TO_BE_REPLACED